Enlarge / The Wi-Charge transmitter is supposed to send power directly to the supporting device and nowhere else.

For all the “wireless charging” tech available, there are still a lot of power cables slithering throughout homes. Even wireless charging stations require a cord. That’s what makes the impending arrival of over-the-air wireless charging, which sends power without a cable or pad, exciting. Thus far, the technology has been limited to commercial uses in the US, but Belkin is expected to release a true wireless charging product for individuals this year.

California-headquartered Belkin offers a variety of consumer tech, including wireless charging stands supporting Apple MagSafe and speakers. On Wednesday, it announced a partnership with Wi-Charge to create consumer products that support over-the-air charging. The Israel-based company says its technology uses infrared beams to send up to 1 W of power to devices within a range of up to 40 feet.

The announcement didn’t specify what product Belkin would incorporate Wi-Charge tech, but Ori Mor, chief business officer and co-founder of Wi-Charge, told TechCrunch it would be “a center-stage consumer product” released sometime this year. Mor pointed to Belkin’s businesses in charging accessories and smart home and powerline products as areas that would benefit from over-the-air charging.

Mor also told TechCrunch that we could expect Wi-Charge to release a second consumer product in 2022. If it happens, the Belkin product and unannounced second device should join the likes of a smartwatch, indoor security camera, air monitor, and smart tracker from French brand Archos that supports over-the-air power.

“The future of charging has been transitioning from wired to wireless for years now, and we anticipate over-the-air wireless charging to accelerate this evolution,” Brian Van Harlingen, Belkin CTO, said in a statement.

Although Wi-Charge hasn’t detailed specific products, it’s easy to think of how the technology could make charging consumer tech simpler, from electronic toothbrushes to smart speakers. Smartphones are another prominent area that can benefit from over-the-air charging, and Ossia, the company that partnered with Archos, has already demonstrated how it could be done. In 2020, it showed me a Spigen-brand smartphone case using its over-the-air charging to provide power to a smartphone.

Wi-Charge has also shown interest in bringing its technology to homes via video game console controllers and smart locks, shades, and faucets.

According to Wi-Charge, the transmitter “converts electricity into safe infrared beams.” Then, the receiver “charges an internal rechargeable battery or a super-capacitor,” which uses the device with the receiver and getting power. The receiver can also send data about the device, like how much battery remains and usage stats, to the transmitter.

For those worried about infrared beams shooting all over their home, Wi-Charge’s tech only kicks into action when it senses a device with a supporting receiver. Wi-Charge’s transmitter has to have a line of sight with the device it’s powering to work, unlike Ossia’s tech. The transmitter won’t send anything out if a receiver isn’t in range.

Federal regulation requirements are a crucial obstacle in offering true wireless charging to smartphones and other consumer products. Ossia, for example, has been detailing its journey for approval from the US Federal Communications Commission (FCC) for years and finally got its first approval in March.

Because Wi-Charge works via infrared technology rather than radio waves, like Ossia’s product, it requires US Food and Drug Administration (FDA) approval. 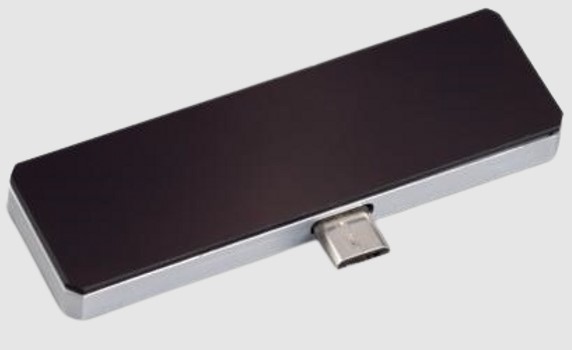 “In the United States, for historical reasons, the relevant entity for infrared device approval is the FDA and not the FCC,” Wi-Charge’s Mor told Digital Trends in 2017 when Wi-Charge received FDA approval. “Technically the FCC also has to approve Wi-Charge, but because we’re using infrared, it’s not a challenge for us to get FCC approval—because technically Wi-Charge isn’t under the domain of the FCC.”

Wi-Charge’s announcement Wednesday noted it has certification for CE, UL, and FDA standards. I asked the company about its status with the FCC and will update this article if I hear back.

Belkin is an established name in tech, so seeing it partner with Wi-Charge is good news for cable clutter. Neat freaks will have to be patient, though. After all, Ossia announced its partnership with Spigen to make over-the-air charging smartphone cases in 2019, and we’re still waiting for an update.