We were fans of Framework’s modular, upgradeable laptop when it was released last year, thanks to its nice design and user-replaceable RAM, SSD, and ports. Today the Framework folks are making it possible to buy the motherboard at the heart of the Framework laptop without buying any of the other laptop parts.

The base version of the board includes a Core i5-1135G7 CPU, to which you can add however much DDR4 RAM or M.2-based storage you want. A Core i7-1165G7 config will run you $549, while the top-end Core i7-1185G7 costs $799. Like the laptop, the motherboard is powered through its USB-C port, and you can add whatever additional port modules you like from Framework’s Marketplace.

Framework has also released documentation and schematics on GitHub to help people design their own enclosures for the Framework motherboard and basic 3D-printable cases you can use to protect the board from the elements. One is a basic shell, and the other is a VESA mount option for strapping the board to the back of a monitor or TV. 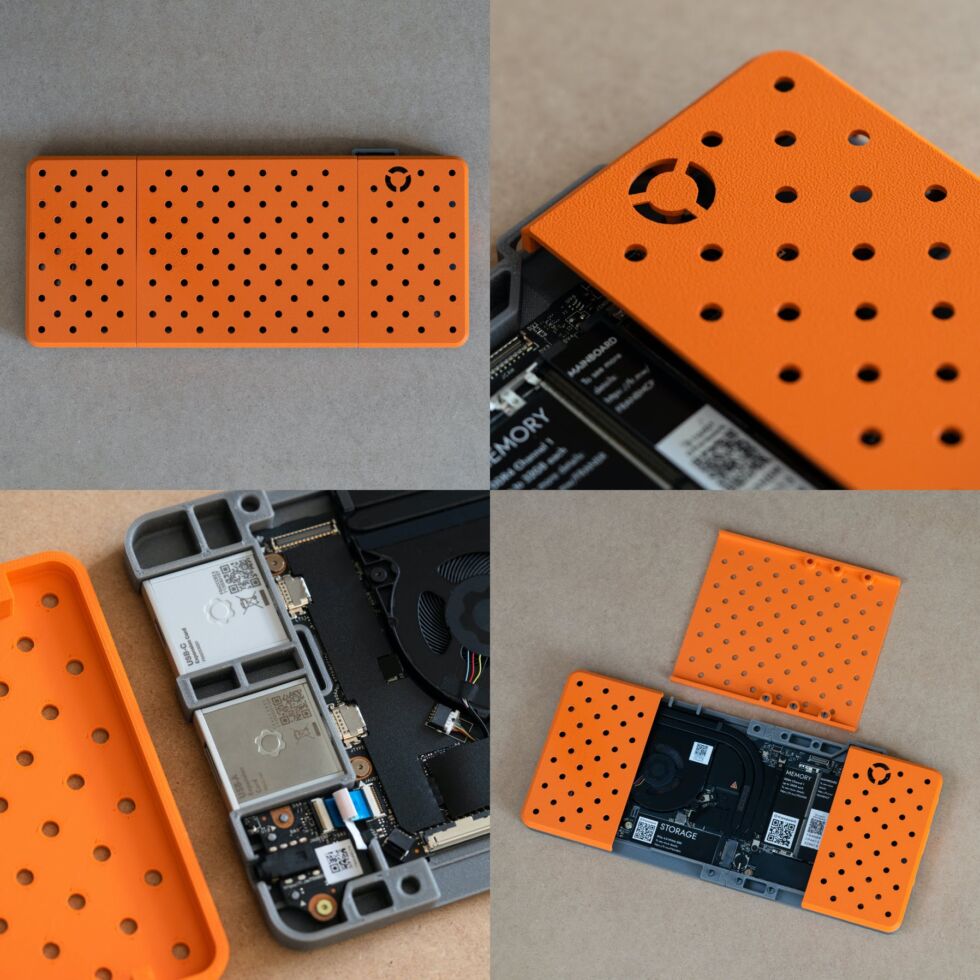 Enlarge / A 3D printed case for the Framework motherboard.

Intel’s 11th-gen laptop CPUs are still more than respectable performers when it comes to general office work or light gaming, but it’s nevertheless a bit difficult to recommend spending that kind of money on a generation-old laptop motherboard at this point. But the 3D printable case and VESA mount holder should be useful for current Framework laptop owners who decide to upgrade their own motherboards and repurpose the old ones somewhere down the line. Framework still hasn’t announced a 12th-generation version of the Framework motherboard, but presumably it will maintain compatibility with existing enclosures and accessories wherever possible.