Google announced Chrome 103 on Thursday, making it easier to share photos from Android to your Chromebook. The company also said an update that will simplify Bluetooth connections is on the way.

As detailed in a blog post by Alexander Kuscher, director of Chrome OS Software at Google, the update builds on the Phone Hub app released to Chrome OS last year. It works with smartphones running Android 5.1 and later and lets you view the phone’s text messages and battery life and bring over tabs from your mobile Chrome browser to your Chromebook’s browser.

In Chrome 103, photos you take on your Android Phone will automatically show up in the Phone Hub under a new “Recent photos” section. 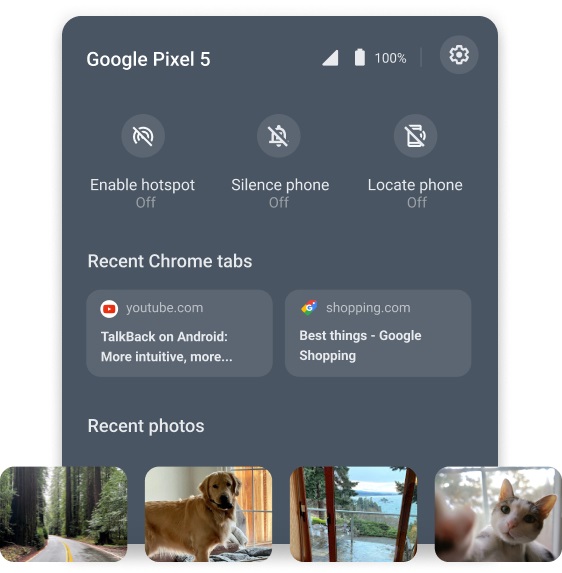 You can then download the images to save to your Chromebook so you can edit them, email them, or do anything else you’d prefer to do on a computer instead of a phone.

Google is also updating its Nearby Share feature in Chrome 103. Nearby Share uses Bluetooth Low Energy, WebRTC, or peer-to-peer Wi-Fi to share files over the air between Chromebooks and Android phones. Chrome 103 gives you the ability to connect a Chromebook to a saved Wi-Fi network. The next time a new Chromebook connects to your network, you won’t have to find your Wi-Fi password to set it up if your Android phone is already connected.

Connecting a Chromebook to Wi-Fi without using a password.

“Nearby Share will deliver the Wi-Fi credentials (as in the network name and password), and the Chromebook will automatically connect to the Wi-Fi. And, of course, it will also save for the next time the Chromebook needs to use that Wi-Fi network,” Kuscher explained.

Kuscher also said that Chrome 103 will get a Fast Pair Bluetooth update “later this summer.” The feature should allow you to connect Bluetooth devices, like headphones, without having to figure out which button to press on the product or do anything in the Chromebook settings other than turning Bluetooth on.

“Just turn on your Chromebook’s Bluetooth, and it will automatically detect when a new pair of Bluetooth headphones are on, are nearby, and are ready to be set up. A pop-up notification will appear, and with one tap, your new accessory is connected and ready to go,” Kuscher wrote. “No more digging through settings or struggling to figure out the right button to press to pair your headphones.”

This feature would differ from similar technologies like Windows Swift Pair, which presents a pop-up on the PC when it senses a Bluetooth device, but only if the wireless device is in its pairing mode.

Kuscher said the feature will work with “hundreds of different headphone models,” including, not surprisingly, Google’s Pixel Buds. Kuscher didn’t specify which models of the Pixels Buds would support the feature but shared an image of the $99 Pixel Buds A-series that came out in June 2021. 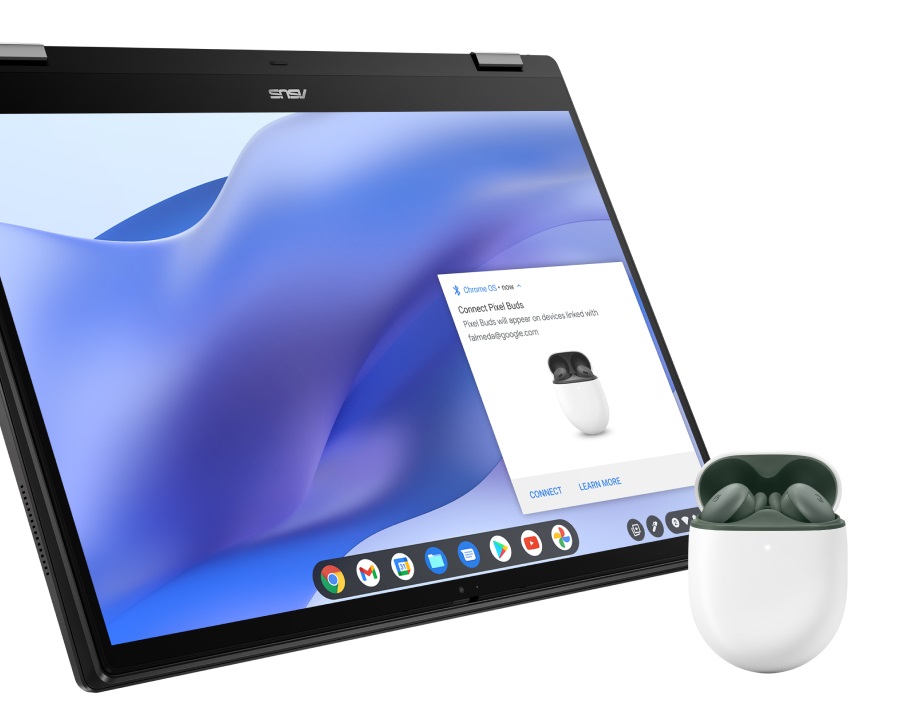 Google didn’t say if older Pixel Buds would work with the upcoming feature.

Finally, the Screencast video editing app for Chrome OS that Google announced a few weeks ago will begin rolling out this week, Kuscher said.