A recently published Dell patent, spotted by Patently Apple, shows the company exploring the ability to wirelessly charge devices on a laptop’s surface. We’ve seen similar concepts from Apple, which has already won patents for similar technologies. However, instead of simply dropping your iPhone on the laptop’s surface and letting it charge, Dell’s patent application describes a “wireless charging clip” that can attach to the PC and then be used to charge devices placed on top of it. 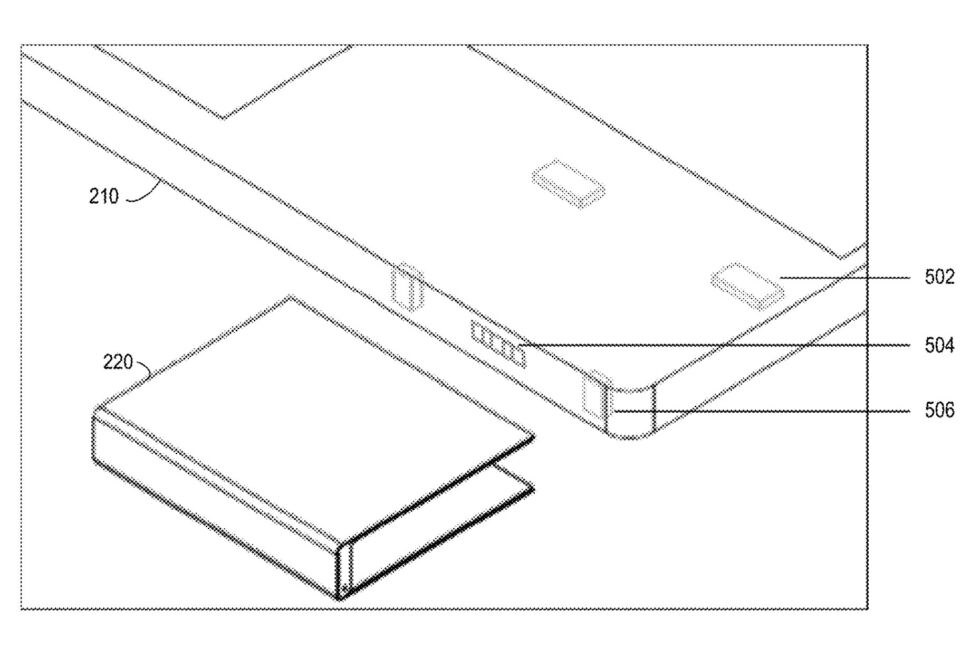 Enlarge / The clip would attach to the computer, giving it the ability to wirelessly charge other devices.

The patent (number 20220239124) was filed in early 2021 and was published Thursday. It doesn’t guarantee a future product or feature, but it gives us a peek into what the company is considering. 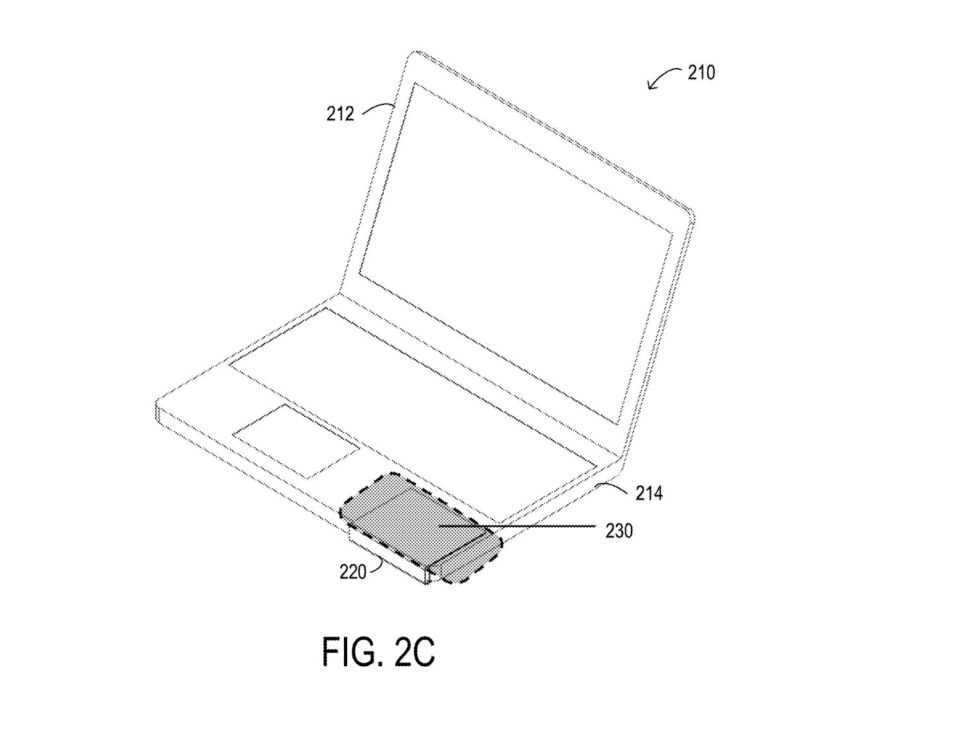 Enlarge / The diagram shows a smartphone charging on a Dell laptop.

The wireless charging clip has a surface with a charging coil and a ferrite sheet beneath. The clip would be connected to the PC by magnets.

According to the patent application, the wireless charging clip uses “charging circuitry configured [to] supply inductive power to charge an auxiliary device when the device is placed on top of the first surface, and a connector through which input power is received” from the system that has the charging clip installed.

Apple has been exploring bringing inductive charging into its devices for years. The US Patent and Trademark Office has already awarded Apple patents that use the surface, trackpad, or lid of a MacBook to wirelessly charge Apple products.

Again, it’s not certain that either Dell or Apple will release a laptop that supports reverse wireless charging in some form. After all, we’ve seen products like Apple’s AirPower wireless charging mat fail to make it to market before.

The OnePlus 10T returns to a winning formula of high specs, low ($649!) price