Apple’s Mac Studio just came out, but there’s some good news for anyone waiting on a refresh to Apple’s cheapest Mac desktop. Developer Steve Troughton-Smith uncovered a reference to an as-yet-unannounced “Macmini10,1” model identifier in a firmware file for the Studio Display, implying that Apple is testing a new Mac mini internally and that it could be released sooner rather than later.

The presence of an unreleased Mac mini model identifier in a firmware file tells us little about the machine, beyond the fact that the hardware physically exists somewhere inside Apple. But we can say with some confidence that it’s meant to be a new generation of Mac mini, rather than a revision of the current design—Apple uses “Macmini9,1” for the current mini, and “Macmini8,1” for the final Intel model from 2018.

Apple is expected to refresh the MacBook Air, Mac mini, and 13-inch MacBook Pro with a next-generation Apple M2 processor sometime this year. The M1 and all its variants use the CPU architecture from 2020’s A14, codenamed “Firestorm” for the performance cores and “Icestorm” for the efficiency cores. The M2 will likely update that architecture and could possibly add more GPU cores as well. 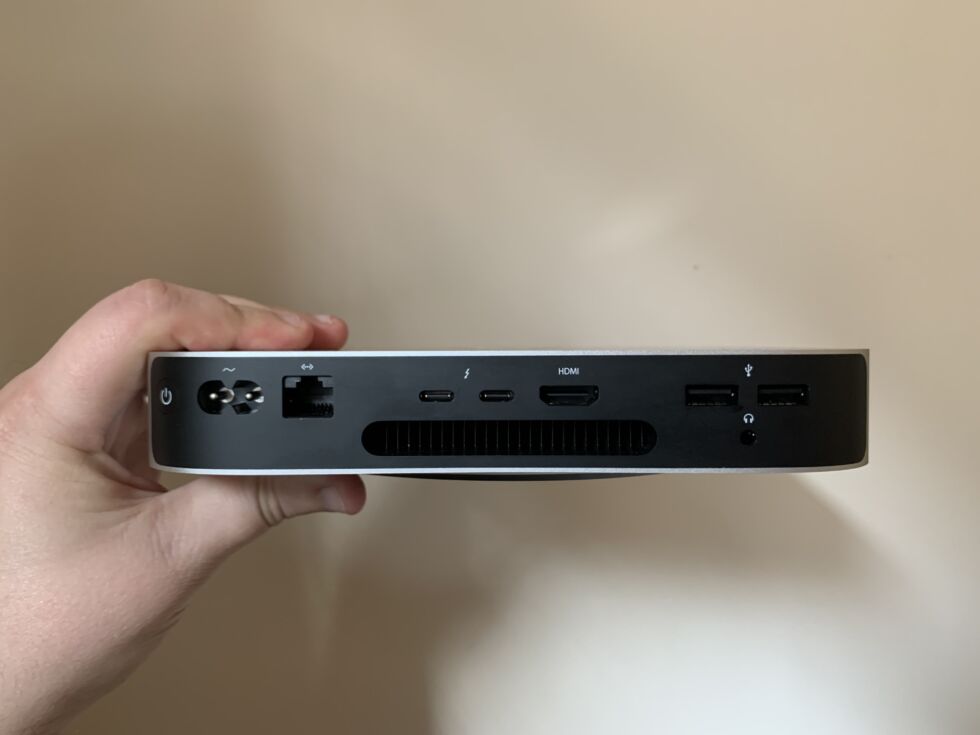 Enlarge / A dearth of ports in the current M1 Mac mini is one of its main shortcomings.

What remains to be seen is whether the M2 will support more ports and display outputs than the M1. Older Intel-based Macs supported up to three connected displays, and the 2018 Mac mini included four Thunderbolt ports, where M1-based Macs top out at two Thunderbolt ports and two connected displays (including the built-in screen, for laptops). Fewer ports and display outputs arguably isn’t a deal-breaker for Apple’s cheapest Macs, but an M2 mini could benefit from a larger and more flexible selection of ports.