On Wednesday, PC peripherals-maker Glorious released a lightweight mouse with a magnetic trick up its sleeve.

Gamers and workers alike can take advantage of the large array of customizable buttons on Glorious’ Model I mouse. Using Glorious’ software, you can program the mouse’s nine buttons to perform a variety of tasks, including macros and keyboard inputs. But the company is taking customization a bit further by making two of the mouse’s four side buttons magnetically detachable.

Enlarge / The top-right and bottom buttons are swappable.

According to a blog post from Glorious this week, the two buttons use a peg-and-hole system for alignment, and you can pry them off the mouse with your fingernail or a “plastic tool.” Once the buttons are removed, you can swap them out for ones with different shapes. In addition to the button covers on the mouse, the model I comes with two differently shaped button covers for each of the two replaceable buttons. You can also get rid of either of the side buttons by covering them up with the included flat port covers. As someone who struggles to avoid pressing side buttons accidentally, I can see this coming in handy.

Glorious sells a replacement set of button covers for $8.

Enlarge / The six-pack of replaceable buttons will only work with the Model I.

Glorious is also encouraging a bit of DIY experimentation with the Model I. The company says it will release 3D files for the side buttons so that makers can 3D-print their own shapes, and it notes that this sort of modding won’t void the peripheral’s two-year warranty. 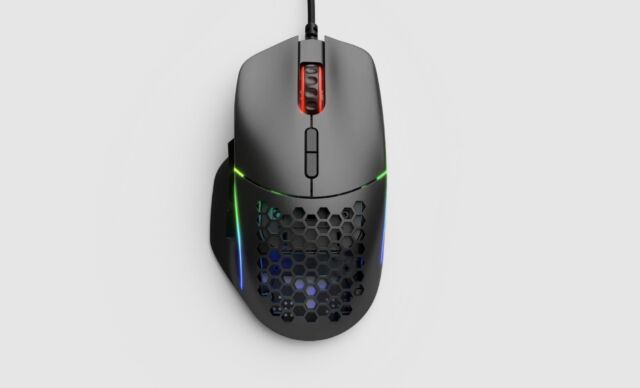 Enlarge / The mouse comes in black or white.

Like other gaming-peripheral companies, Glorious says that a lightweight mouse can help players’ PC gaming performance, as a lighter mouse can be easier to move. A mouse filled with holes and made with lightweight plastic could feel cheap, but Glorious is using a matte finish (rather than a glossy one) to try to make the mouse feel more premium. 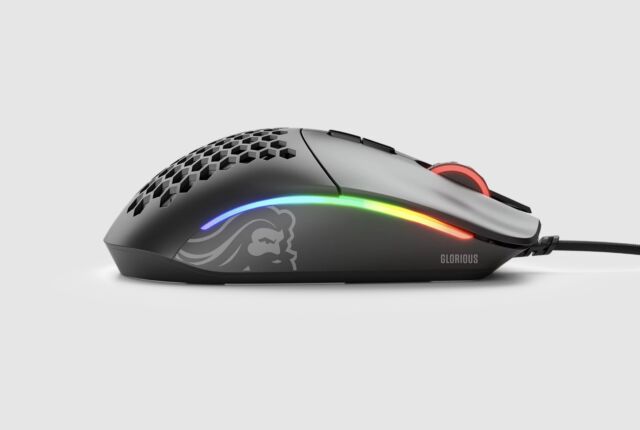 Enlarge / You can change or turn off the three-zone RGB without software.

Inside the Model I is a proprietary optical sensor with a DPI range of 100-19,000. Glorious’ BAMF sensor also supports a max tracking speed of 400 IPS and a max acceleration of 50 g (see our PC mouse terms guide for an explanation of these terms).

The 6.5-foot braided cable is replaceable, and opening the mouse to change it out won’t void the warranty.

The Model I released on Monday to members of Glorious’ loyalty program, and the mouse is now available to the general public for $60.