Google I/O today contained a million different hardware announcements, some of which were just two-minute product teases, presumably to head off product leakers. First up is the Pixel 7, Google’s flagship smartphone launching later this year.

Google called the work it did with the Pixel 6 and Google Tensor SoC “a hardware foundation that we’ll be building on for years to come,” and the Pixel 7 is the next step on this road map. It will have a similar design and next-generation Google SoC. The camera bar is now polished aluminum rather than glass, which should help some of the light glare issues on the massive glass panel on the current camera bar. The Pixel 7 Pro has three rear cameras, and the Pixel 6 has two rear cameras. Google promises the pro will “set a completely new standard” for camera performance.

That’s it. That’s how quick these teases were. Next! 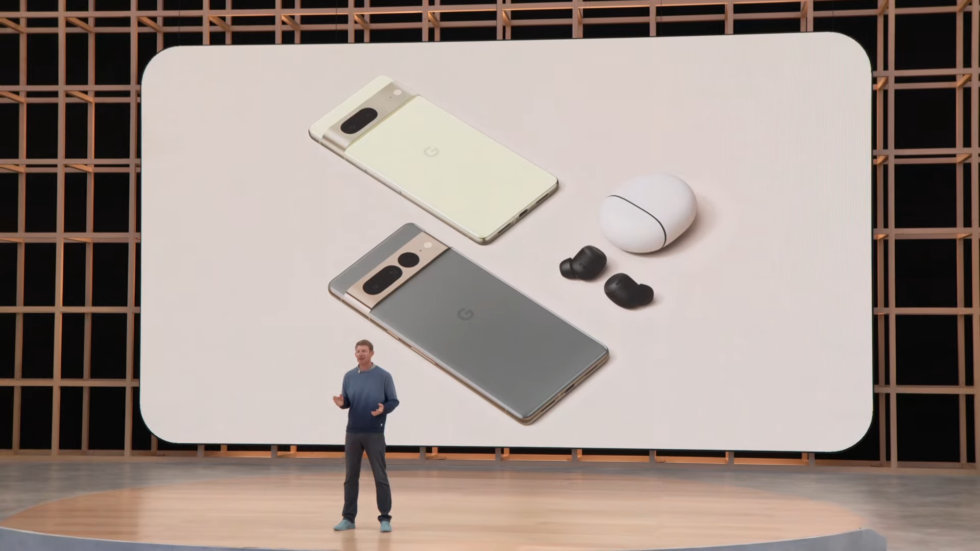 Enlarge / A full shot of the phones. 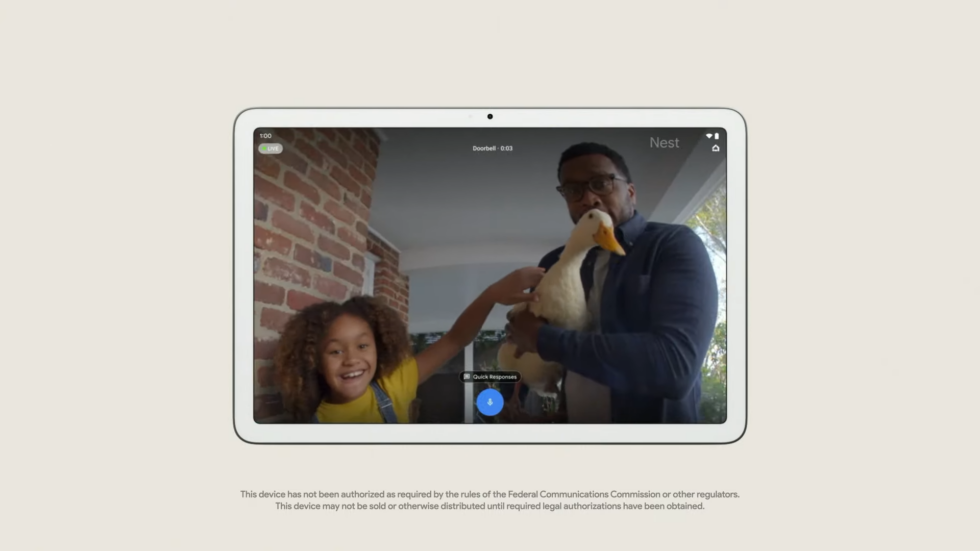 Google is getting really, really serious about Android tablets again. To go along with the tablet-focused Android 12L, Google committed to launching 20-plus Android tablet apps for various Google services. It also announced a Pixel tablet! It will be the first Google Android tablet in seven years when it comes out in “2023.”

We received a spin around the device, showing a widescreen design and pretty thin bezels. The back has four mysterious pogo-pin connectors, probably for the rumored smart display functionality. The only other information you can glean from the 30-second presentation was that the sides looked thick. Google showed the USB-C port on the bottom, and there was a significant amount of space around it—usually, devices are not much thicker than a USB-C port opening. 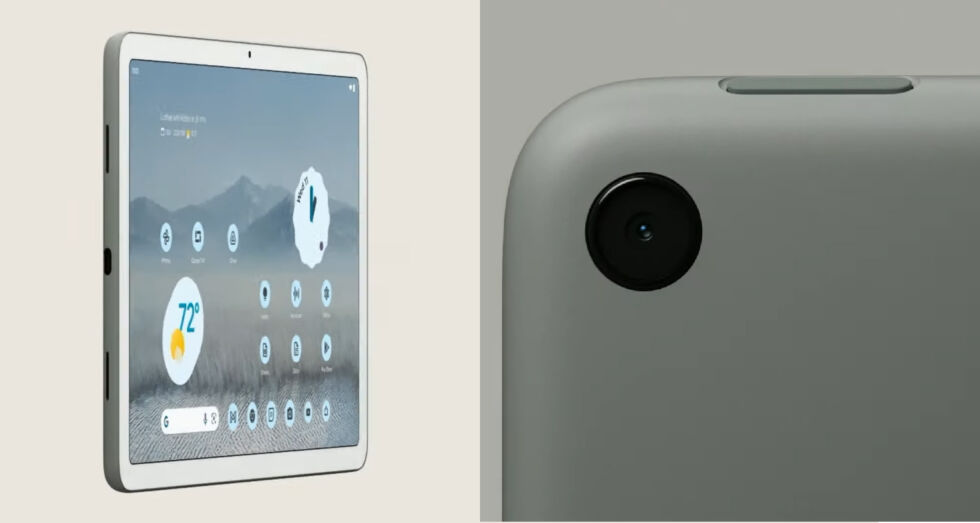 Enlarge / A side view of the Pixel tablet, it seems rather beefy given the space around the USB-C port.

That was all Google said about the Pixel Tablet. It’s been six long years since Google’s last Android tablet—the Pixel C—arrived in 2015. Even that device began as a Chrome OS product and had Android shoveled onto it as a last resort. The last actually-for-Android Android tablet was the 2014 Nexus 9. Neither Android tablet was well-received, so Google quit the tablet market for three years. In 2018, it launched the Chrome OS-powered Pixel Slate, then quit the market for another three years when that device also didn’t do well. Third time’s a charm? 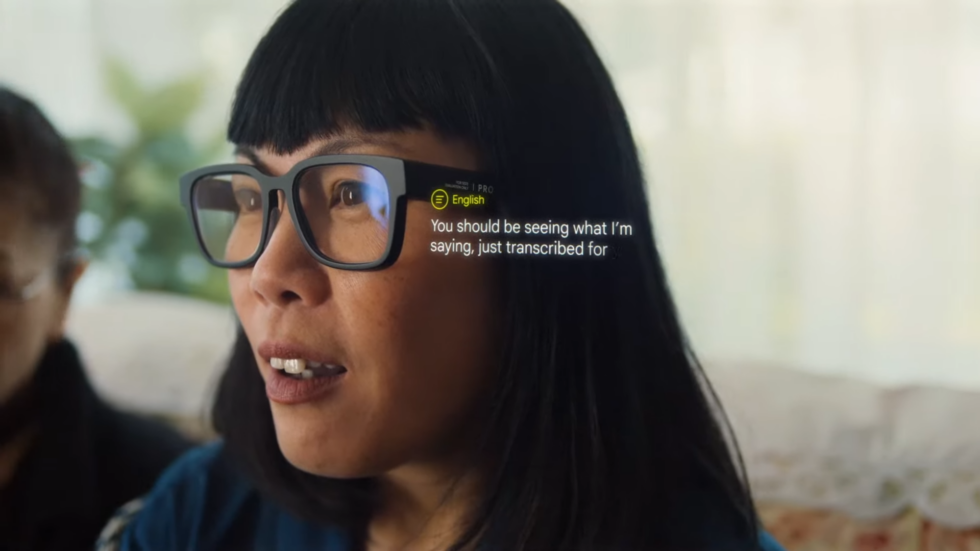 Next up: AR Goggles?! Yep, Google talked about AR goggles and showed a video. We have to stress that this is not really “a product announcement” and was only introduced by CEO Sundar Pichai as “a new prototype we’ve been working on.” It also doesn’t seem like it’s a smartphone replacement, multi-use device. Google showed off glasses that seemed to only do translations and doesn’t seem to have “apps” that have other functionality. Pichai’s introduction was focused, “Let’s see what happens when we take our advancements in translation and transcription and deliver them in your line of sight in one of the early prototypes we’ve been testing.”

The AR device looked like a primarily standard pair of thick-rimmed glasses. In the demo, the device only listened for a spoken language and would display translated text on the screen. The limited functionality probably helps keep the whole thing in a normal-looking package.

Google didn’t go out of its way to prove the AR glasses worked in real life. We just got a canned video of normal glasses with overlaid text describing the potential interface for users. Hopefully, it’s not along the same lines as the original Google Glass concept video, which Google never even came close to producing. Again, this was not a product announcement, just a peek of a prototype.