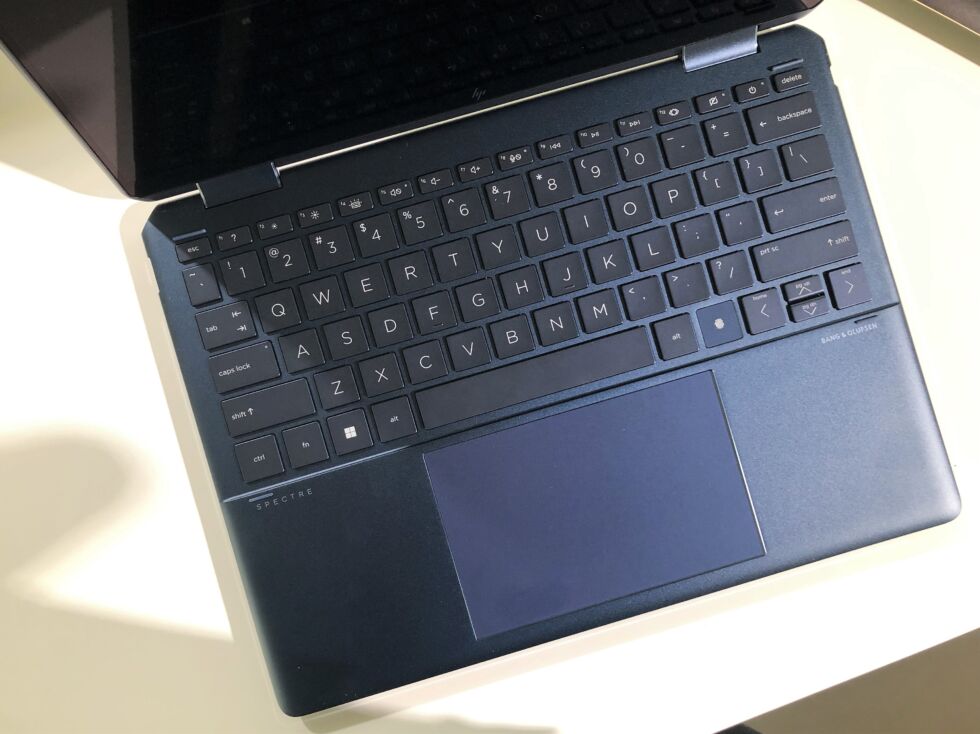 HP claims that the 13.5-inch Specter will be the quieter than its predecessor. A new fan design claims an 8 percent sound reduction, plus 10 percent better airflow. The new fans have 122 blades, which is 46 percent more than before, and those blades are 25 percent thinner. Considering the 13.5-inch Specter is 0.67 inch thin, heat management will be critical to maintaining high performance and making sure the thing doesn’t burn your lap.

Across the Specter lineup, HP moved from a 0.9 MP to 5 MP webcam. It includes trendy add-on features, like auto framing (keeps you in view even if you’re walking around), brightness adjustment (based on ambient lighting), and HP GlamCam, which claims to enhance your looks by smoothing the appearance of your skin and under-eye bags, for example.

You could also get the 13.5-inch Specter with an integrated privacy screen that makes it hard for others to view the display from an angle once you press a key combination. Meanwhile, the 16-inch Specter can use AI software and the IR camera to automatically blur the screen if it senses someone creeping up behind you, which just feels like a different, more virtual kind of creeping.

A smaller addition, the Specter x360 3.5-inch also has HP Palette, which HP describes as a “digital workspace” for creatives’ photo management. It includes a photo-finder feature, a space for drawing with a stylus, and wireless file sharing. 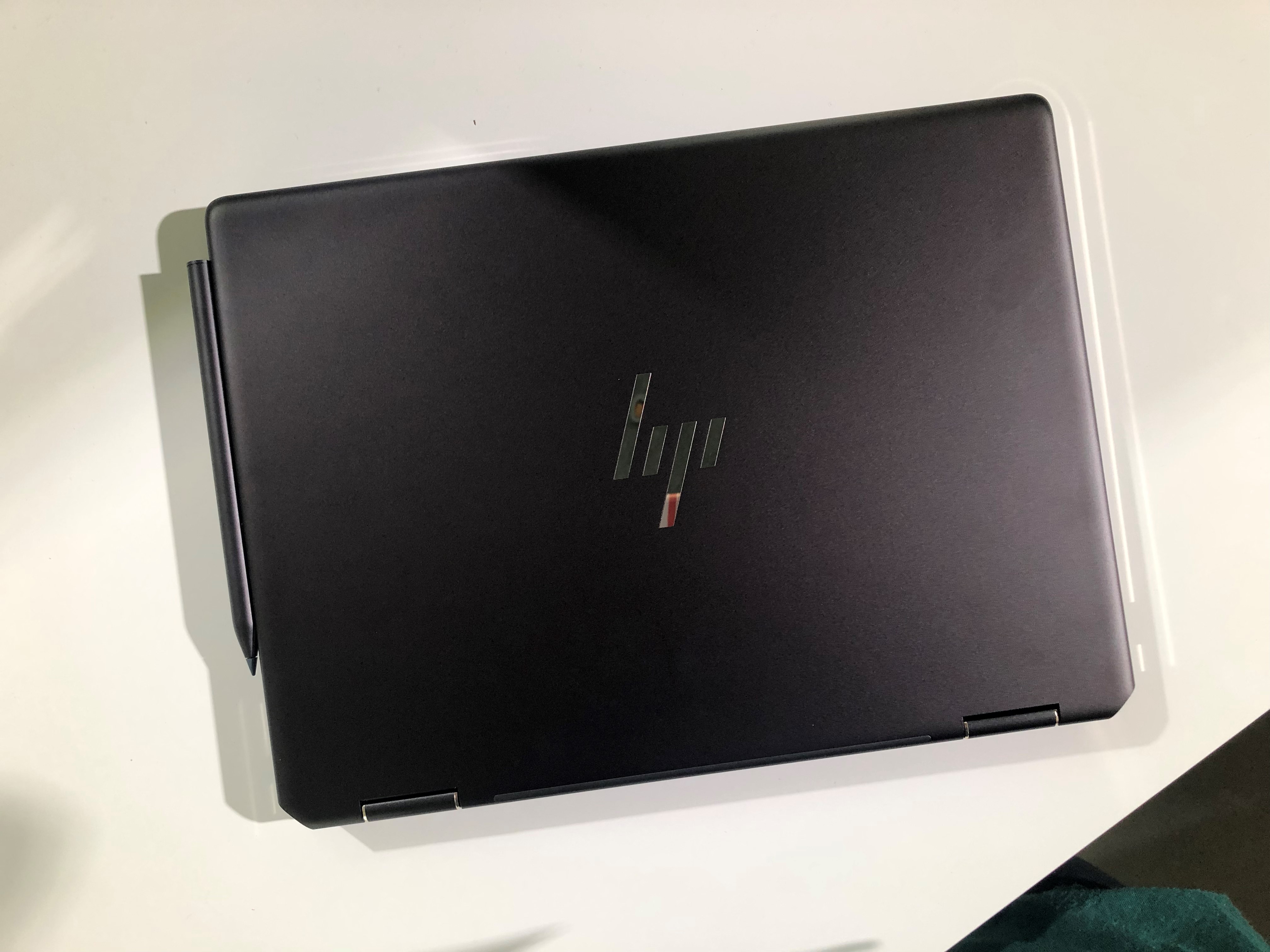 In addition to blue, the new Specters come in “Nightfall Black with Pale Brass accents” (pictured) and silver.

In terms of components, the 13-inch-class Specters go up to an Intel Core i7-1255U (two Performance cores running at 1.7-4.7 GHz, eight Efficient cores running at 1.2-3.5 GHz, and 12 threads). The smaller laptops can also sport up to a 2TB PCIe 4.0 M.2 SSD and 32GB of LPDDR4x-4266 memory, plus Intel Iris Xe integrated graphics. The 13.5-inch claims a 16-hour battery life with mixed usage, based on the MobileMark18, but you’ll probably get lower numbers if you opt for OLED and/or max brightness.

Intel plans to expand its mobile (and desktop) GPU lineup, but only the A370M laptops have been announced thus far. The GPU has 4GB of GDDR6 memory and can run at clock speeds of up to 1,550 MHz. For comparison, Nvidia’s RTX 3060 laptop GPU has 6GB of GDDR6 and a boost clock speed of up to 1,283 to 1,703 MHz. The Specter x360 16 joins the likes of the upcoming Asus Zenbook Flip two-in-one and Samsung Galaxy Book2 Pro in early Arc adoption. 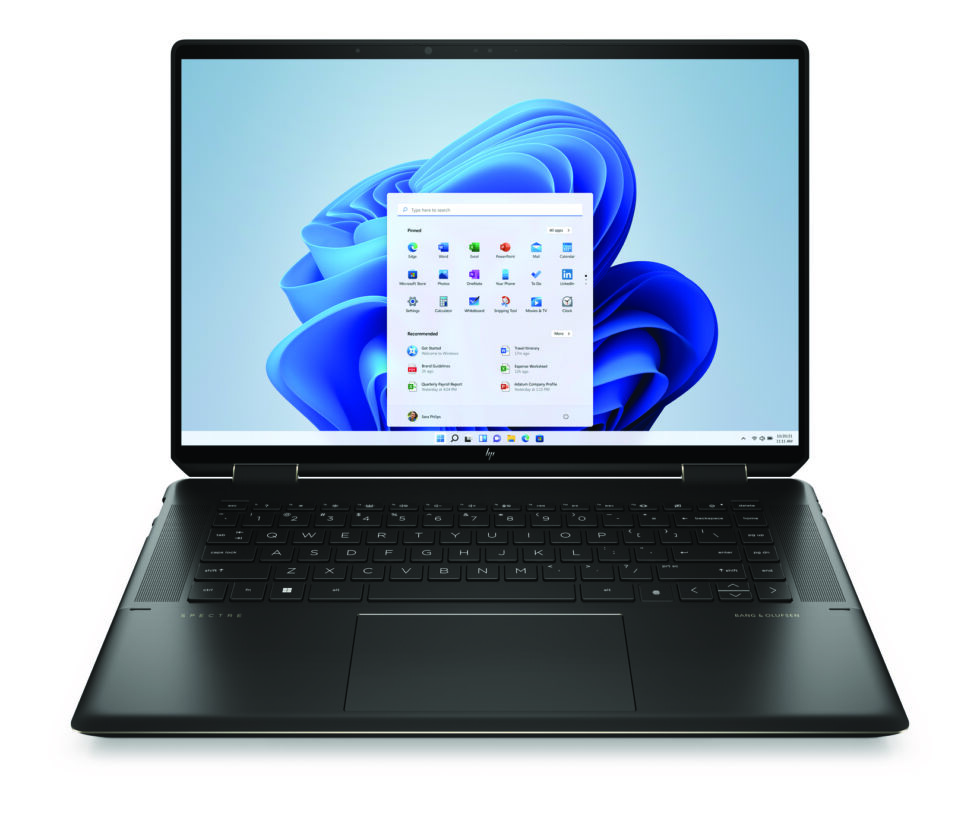 HP also released refreshes of its cheaper Envy laptops today, boosting them with Intel’s 12th Gen chips, discrete graphics, and the aforementioned 5 MP webcam features. HP released refreshes of the Envy 17.3-inch and 16-inch clamshells, plus a 15.6-inch convertible that’ll sell with up to AMD Ryzen 7 CPUs in addition to the Team Blue options, and a 13.3-inch convertible. 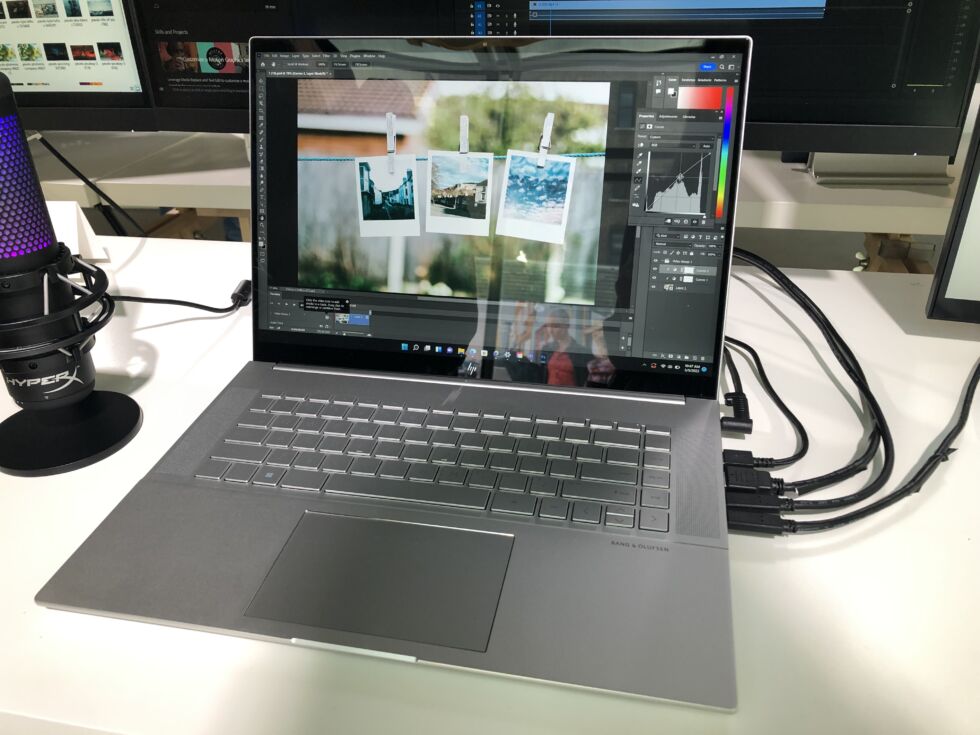