The latest entry in our ongoing coverage of “cool phones you can’t buy in the US” is the Sharp Aquos R7.

This phone hits Japan in July, and it’s proof that you can make a differentiated smartphone in this day and age. Sharp is no stranger to unique designs, and with the R7, it is correcting many of the baffling design decisions coming from other smartphone manufacturers.

First, Sharp is continuing its trend of shipping absolutely massive camera sensors in its smartphones. The back of the phone is dominated by a single 47.2 MP camera with a 1-inch sensor and a large lens. Most smartphone manufacturers ship three to four questionably useful smaller rear cameras on the back of their devices, but Sharp is giving people one giant camera, which has the potential to produce better-quality pictures.

Next to the huge camera sensor is a tiny 2MP sensor, but a Google translation of the product page calls it a “distance measurement sensor,” so it doesn’t sound like you can take pictures with it.

The display is something to write home about, too. The phone has a Sharp-made 6.6-inch, 2730×1260 IGZO OLED with a best-in-class 240 Hz refresh rate. Best of all, the display is flat, unlike other Android flagships, which insist on using a curved display that distorts the sides of the screen. No manufacturer has ever explained what benefits a curved display brings. 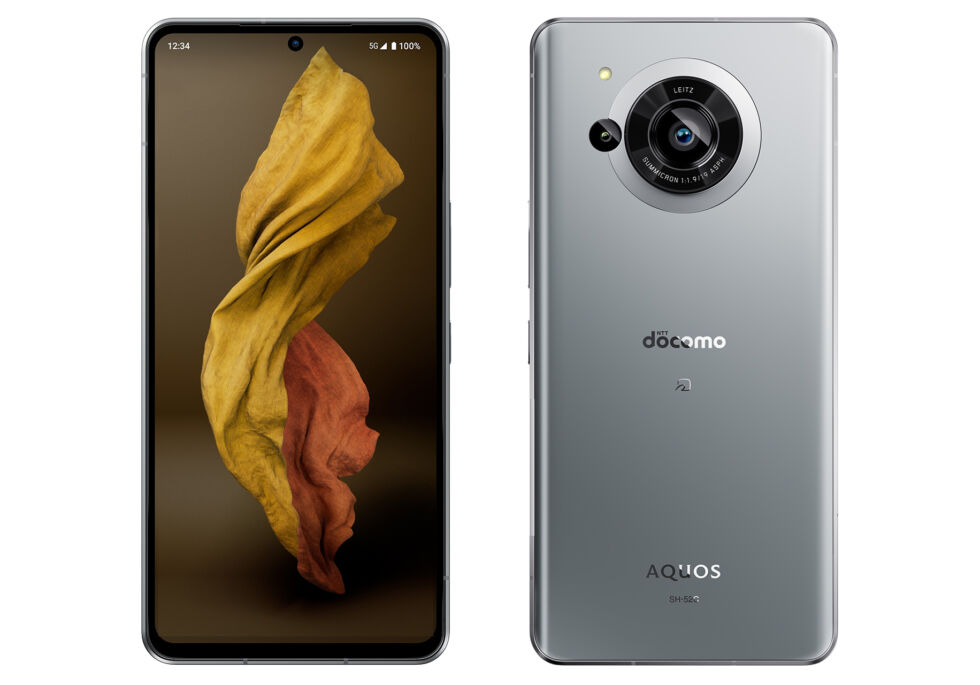 The Snapdragon 8 Gen 1 will have to step up to the challenge of rendering Android at 240 fps (good luck with that). Other specs include 12GB of RAM, 256GB of storage, and a 5000mAh battery. There’s a microSD slot, IP68 dust and water resistance, a 12 MP front camera, and a USB-C port. Sharp even found room for a top headphone jack.

Altogether, the R7 looks like a very interesting slab phone that fixes most of the things we typically complain about in reviews. A big camera, a large fingerprint sensor, a flat display, and a headphone jack? Please, other smartphone manufacturers, take notes.