I’ve used the Logitech MX Master 3 as my primary productivity mouse since it came out in 2019. I’ve tested dozens of mice since, but none juggled a decent number of programmable buttons, advanced wireless capabilities, multi-device control, and long-term comfort as admirably as the MX Master 3. Today, Logitech released a revamped version, the MX Master 3S.

It follows in Master 3’s footsteps of wireless mouse excellence but doesn’t introduce enough improvements to warrant ditching my MX Master 3 and opening my wallet again.

As you might have guessed by the mild moniker modification, the 3S is slightly different from the 3. The new mouse has quieter left- and right-click buttons, and it supports higher sensitivity, so your cursor can move farther with less physical mouse movement —and that’s it.

While the tech enthusiast in me would love to see innovation in the design and feature set, the MX Master 3S didn’t need many changes from the predecessor to be the ultimate power mouse. Now, it’s just a bit more future-proofed for an 8K or second 4K monitor.

The difference was apparent immediately when Logitech followed the MX Master 2S with the MX Master 3. But the mildly upgraded 3S looks identical to the 3, save for a white color option, but once I started clicking, the disparity was clear.

Clicking the 3S creates a soft thud, followed by a quieter noise as the button travels back up. Those sounds are purportedly 90 percent softer than the clicks heard when pressing the 3’s left- or right-click buttons down and when they reset. A Logitech rep told me the company couldn’t use these quieter buttons before because they weren’t confirmed to last for 10 million clicks. 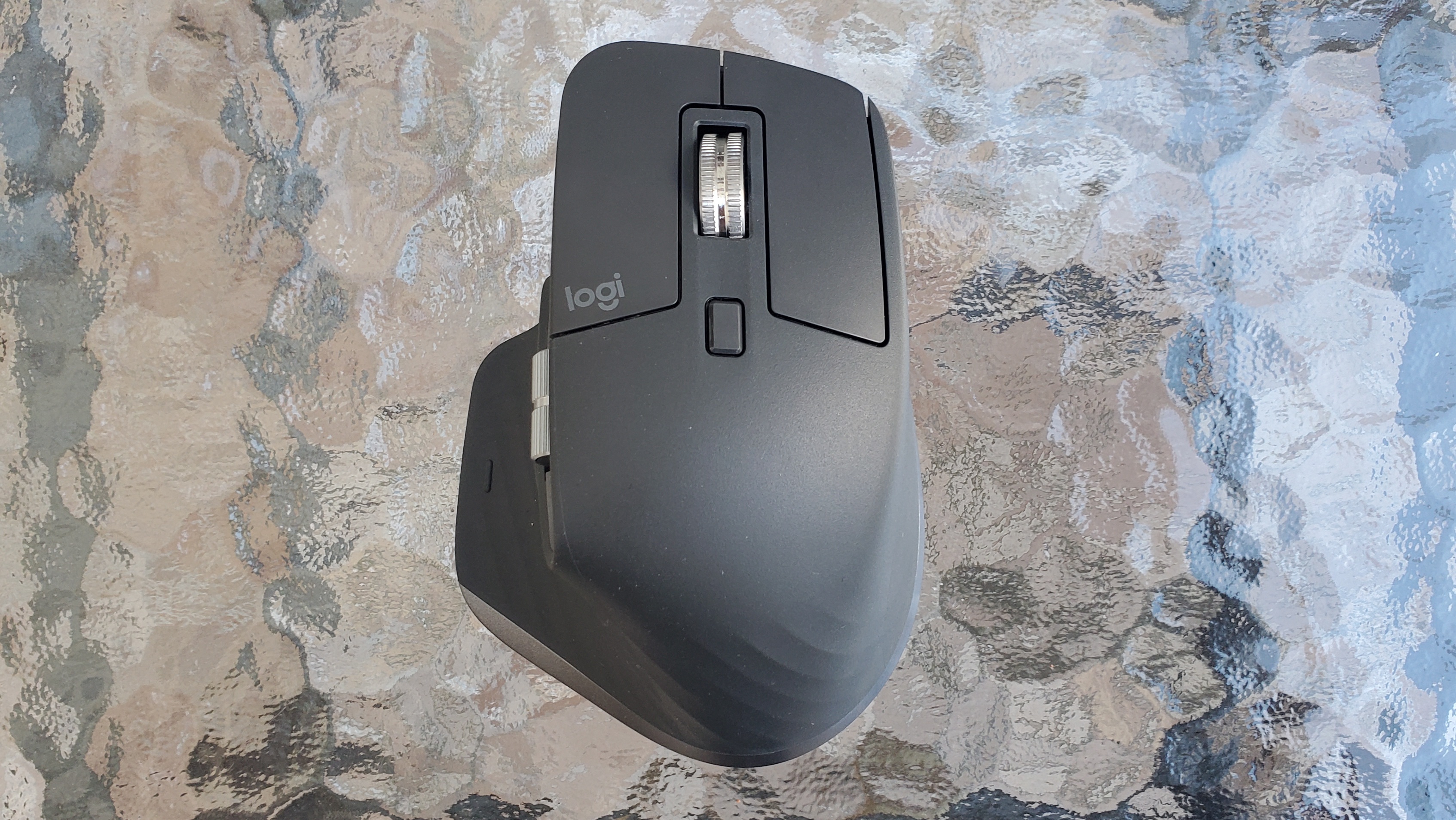 The MX Master 3S in graphite.

The MX Master 3’s audible clicks didn’t bother me before. I felt like they emphasized my clicks, making them feel sharp and precise but slightly more exhausting to press than the same buttons on other mice, such as the gaming-geared wireless Alienware AW720M.

However, the 3S’s primary click buttons don’t feel mushier or flatter than the 3’s. They still have a discernible amount of travel to them, so I can tell when I’ve bottomed out, and they return rapidly. The mouse still has zippy clicks without the noise to prove it.

Extra sensitive for 4K and beyond

From 4K to 8K screens and multi-monitor setups, we often push ourselves to do more, multi-task, and keep an eye on projects across many pixels. With an optical sensor supporting a larger sensitivity range than before, the MX Master 3S makes it so you don’t have to move your arm as much to move your mouse across your dual 4K setup… you just have to be okay with a more sensitive mouse.