Microsoft has officially announced the Surface Laptop Go 2, which replaces the original model that was released in October 2020. The new model is currently available for preorder. It starts at $600 and comes in four different colors, including a new green-ish Sage option. As of this writing, preordered laptops will arrive as soon as June 7.

The Surface Laptop Go 2 first broke cover in a retail listing yesterday, and that listing had the facts right: The Go 2’s biggest update is a Core i5-1135G7 processor. The chip is a generation out of date at this point, but it’s still a capable performer and a significant upgrade over the old model’s Core i5-1035G1. The 12.4-inch, 1536×1024 touchscreen remains the same, as does the laptop’s size, weight, and port selection. 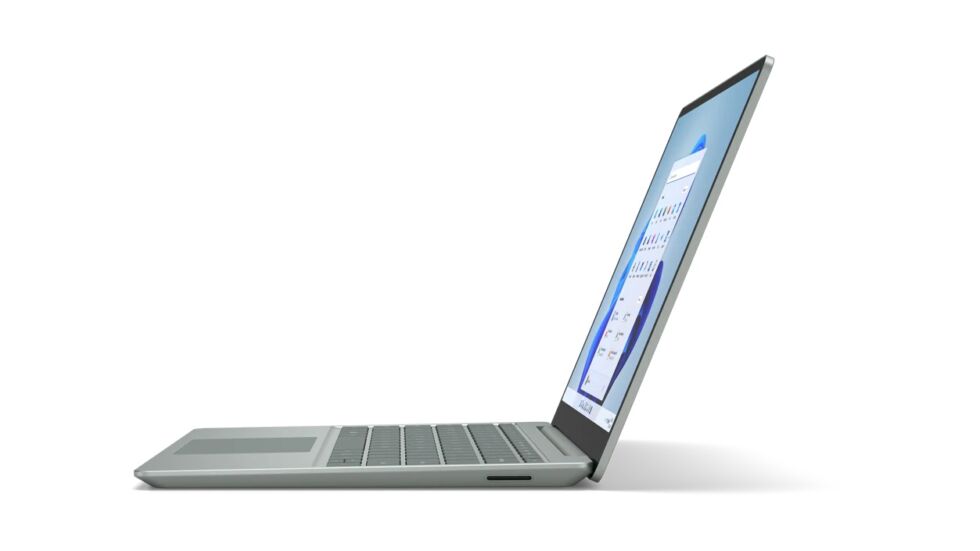 Enlarge / The Laptop Go 2 retains Microsoft’s Surface Connect port on the right side. On the left side, you’ll find a USB-A port, a headphone jack, and a USB-C port. You can use the USB-C port to charge the laptop.

Microsoft also says the Laptop Go 2 is a bit easier to repair than the previous model. In addition to the SSD, the keyboard and trackpad, the display, and the battery are all designed to be replaceable (although technically only by Microsoft-certified personnel and not necessarily end users).

The $600 base price is $50 higher than the previous model, but that extra money at least gets you a proper 128GB NVMe SSD rather than 64GB of slow eMMC storage; this drive can also be upgraded with something larger later on, which is a good way to save some money on storage if you’re comfortable doing the upgrade yourself. Unfortunately, that base model still includes just 4GB of RAM, a limitation you’ll feel any time you try to play a game or open more than a handful of apps or browser tabs at once.

Stepping up to a still-modest but more-usable 8GB of RAM adds an extra $100 to the laptop’s price, while upgrading to a 256GB SSD costs another $100 on top of that. Once you’re spending $800 for a laptop, potential alternatives include a refurbished Dell XPS 13 or any one of several midrange Asus ZenBooks. These laptops include slightly larger, higher-resolution screens, backlit keyboards, and other features that Microsoft doesn’t offer with the Laptop Go 2.