Acer is releasing half a dozen new Chromebook SKUs, as announced today during its Next @ Acer event. The company is updating its lineup with options for Intel’s newest 11th Tiger Lake CPUs. In addition to the standard cheaper Chromebook options, Acer has also introduced some more expensive models with fanless designs for quieter operation.

The upcoming two-in-ones (laptops that convert to tablets) eschew the fans to reduce noise, and that probably helps keep them thin too. Each machine is 0.68 inches (17.27 mm) thick and weighs 3.02 pounds (1.37 kg). 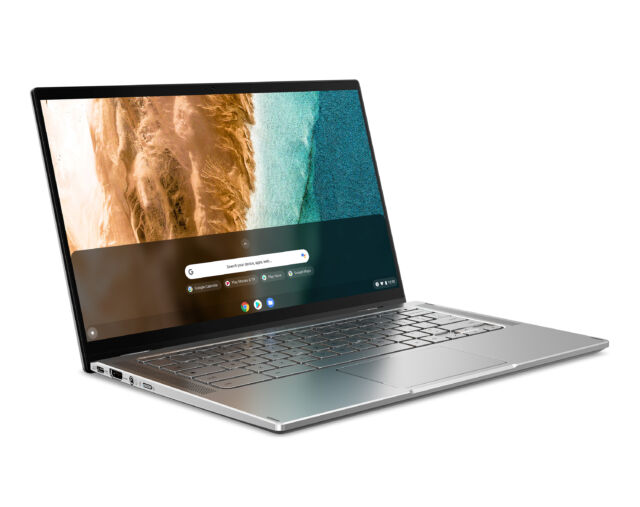 Acer Spin 514 has a 14-inch screen with narrow bezels (for 84 percent screen-to-body ratio), a touchpad made of Corning Gorilla Glass, DTS audio surround sound and Wi-Fi 6. There are only two connections, however – both USB-C.

Acer’s enterprise Chromebooks are aimed at cloud-dependent businesses and IT administrators who need to provision, manage and protect cloud workers. 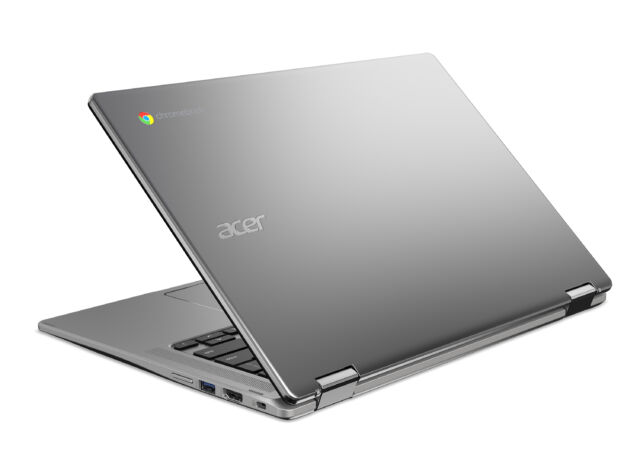 Enlarge / The cheaper Chromebook Spin 314, unlike the Spin 514, appears to have a colored Chromebook logo.

The more budget-friendly alternative, the Acer Chromebook Spin 314, reduces the CPU options to an Intel Celeron N4500 with two cores and two threads up to an Intel Pentium Silver N6000 with four cores and four threads (no Hyper-Threading here). The Spin 314 will start at $ 500 next month. 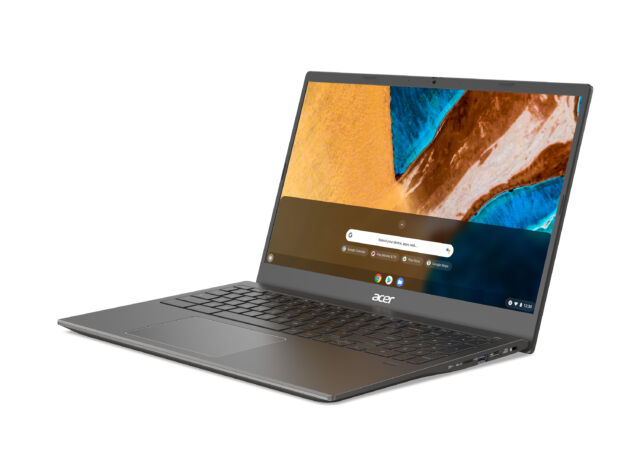 The Chromebook 515 and its enterprise version, the Acer Chromebook Enterprise 515, are 15.6-inch clamshells with the same specs. Both have CPUs that range from an 11th generation Intel Pentium Gold 7505 to a quad-core Intel Core i7 1180G7 with integrated Iris Xe graphics. You can equip each with up to 16GB of RAM and 512GB of storage, and get some of the same bonus features as the two-in-one devices mentioned above, like a Gorilla Glass touchpad and DTS audio. There’s also a webcam shutter on this 3.75-pound device. You still don’t get USB Type-A ports or a headphone jack, but the Chromebook 515 has two USB-C ports (3.2 Gen 2), HDMI and microSD.

The Acer Chromebook 514 is a cheaper option; it starts at $ 400 and will be released in December. However, there are some downgrades. The clamshell only has 8 GB of RAM and 128 GB of eMMC storage. It runs on an Octa-Core MediaTek Kompanio 828 CPU and Arm Mali-G57 MCS graphics.