Porsche’s $1,800 PC monitor is actually cheap for what you get

Porsche Design’s new $1,800 PC monitor is certainly more expensive than the typical 4K, 32-inch display, but the luxurious panel is actually relatively inexpensive for the technology it uses.

As spotted by DisplaySpecifications this week, Porsche Design has listed its latest monitor, and like its previous product, it’s a collaboration with AOC, which makes many types of monitors, including high-resolution productivity panels, gaming monitors, and portable options, as well as other PC peripherals like keyboards and headsets.

Porsche Design, a sub-brand of the German company known for fancy sports cars, was founded in 1974. Its electronics lineup currently includes only a $99 Bluetooth mouse made with Acer, but the company also makes a variety of luxury-focused everyday items, from $225 lighters to $1,800 sunglasses.

The Porsche Design AOC Agon Pro PD32M aims to be the Porsche of PC monitors, starting with a look that says the brand was inspired by Porsche cars. This includes an aluminum stand whose trapezoid shape pays subtle tribute to a Porsche steering wheel.

However, you probably don’t see too many Porsche cars decorated with RGB lighting. The PD32M’s colorful lighting is on the display’s backside, so there’s a good chance you won’t see it often unless the LEDs are bright enough to cast a light on the wall behind the monitor. Porsche Design’s product page also says the PD32M can display an LED logo onto the desktop, but it doesn’t provide further detail. 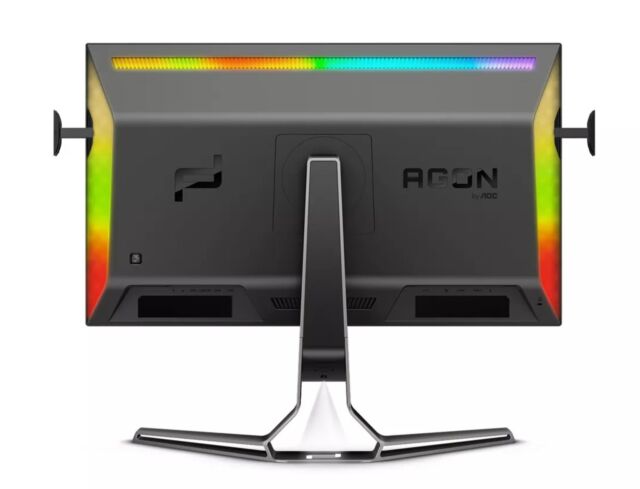 The monitor also comes with a remote in case you want to use the display like a TV. While massive monitors worthy of the living room often come with a remote, they’re rarer in a desktop-size display. 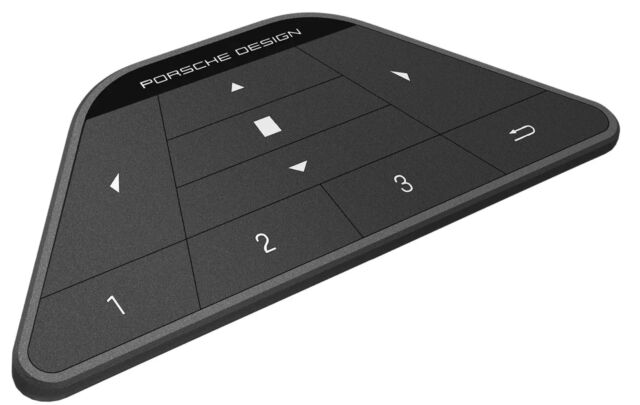 The port selection is pretty extensive; you get HDMI 2.1, DisplayPort, USB-C, four USB-A ports (Gen 3.2), and a headphone jack. Accompanying the latter is a pair of hooks that extend out of the monitor’s left and side to give you a place to hang your headset. This is especially handy for those bulky over-the-head cans that are popular among gamers. The panel houses a pair of 8 W speakers.

The true standout feature, however, is the PD32M’s Mini LED panel. Compared to the standard LED panels you’ll find in most PC monitors, Mini LED monitors use tiny LEDs, allowing a panel to hold a larger number of them. This can result in higher contrast, but it still doesn’t compare to what you can get from a good OLED screen. More dimming zones can also yield better contrast. Unfortunately, Porsche Design hasn’t announced how many dimming zones the PD32M has.

A boost in contrast also helps HDR actually look different from SDR, and the Porsche and AOC monitor backs its HDR aptitude with VESA DisplayHDR 1400 certification, assuring that it will hit at least 1,400 nits of brightness with HDR content. However, Porsche Design claims that the monitor can actually reach 1,600 nits. Color coverage is a claimed 97 percent DCI-P3.

The PD32M has speed specs worthy of most gamers’ setups, from its 4K resolution to its 144 Hz refresh rate, 1 ms (GtG) response time, and Adaptive-Sync.

Not a bad price for Mini LED 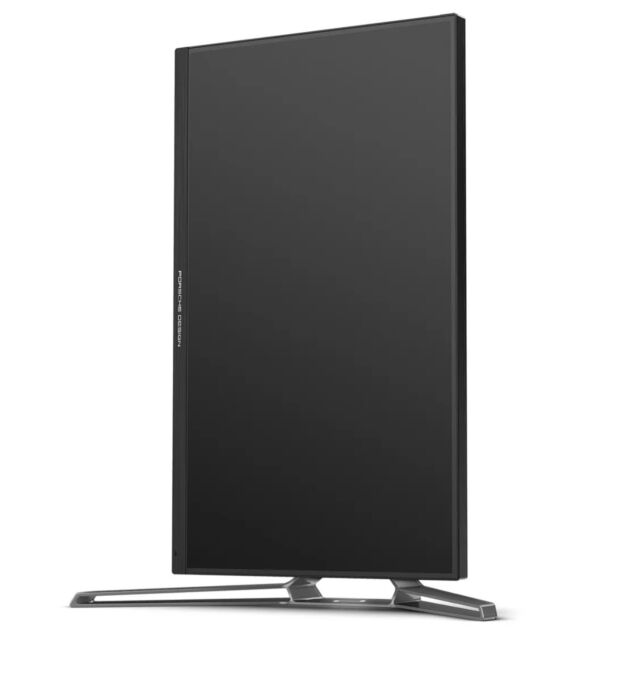 However, $1,800 is actually pretty inexpensive for a Mini LED monitor. The 32-inch Asus ROG Swift PG32UQX Mini LED monitor is currently going for about $2,895. Acer is also planning to release some 32-inch 4K Mini LED monitors with up to 165 Hz refresh rates starting at $1,800. The Acer Predator X32 has 576 zones and is notably limited to the DisplayHDR 1000 certification.