According to the FDA, the average American eats 3,400 mg of sodium a day, despite the Dietary Guidelines for Americans recommending less than 2,300 mg per day. Moving down to roughly a teaspoon of table salt a day can make your tastebuds weep from dullness, but what if you could get less salty satisfaction from your salt shaker and more from your utensil?

Japanese food, beverage, and pharmaceuticals company Kirin recently announced that it and a team of researchers have developed a “chopstick device” that uses electrical stimulation to make food taste up to 50 percent saltier than it would otherwise. 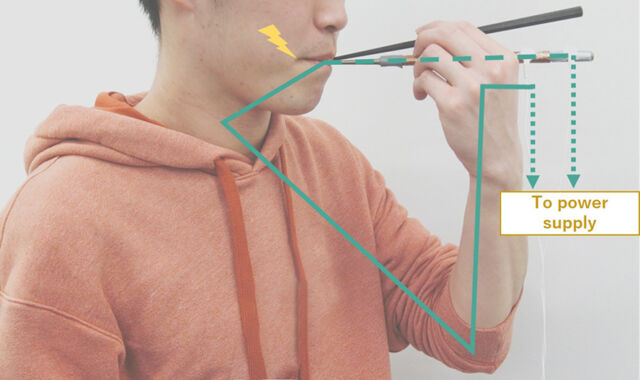 The qualifier “device” is likely here because these aren’t your typical chopsticks. They feature a cable that connects to a power supply, making them bulkier than typical chopsticks and not the kind of utensil you’d expect to be thrown in with a delivery order for free.

The chopstick device, made by researchers from the Meiji University Dr. Homei Miyashita Laboratory of the Department of Frontier Media Science, School of Interdisciplinary Mathematical Sciences in cooperation with Kirin, uses what the team calls “electric taste sensation,” which uses electricity so weak that it won’t “affect the human body,” Kirin’s April 11 announcement claimed. 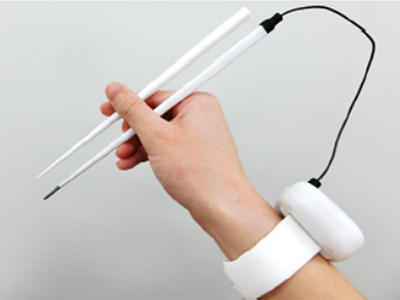 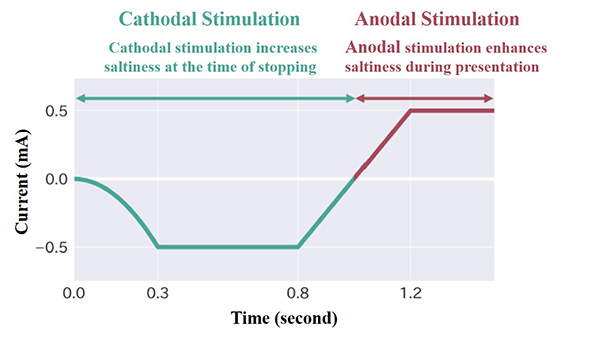 “In addition, the study confirmed that the intensity of salty taste of the sample imitating low-sodium food was the same as that of the sample imitating ordinary food when electric stimulation was applied… This suggests that when food with 30 percent less salt is consumed, a device equipped with this technology can provide a salty taste equivalent to that of a regular meal.” 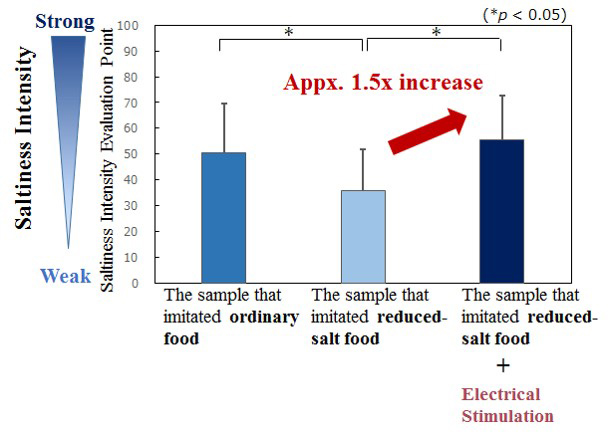 The researchers also used the device with “reduced-sodium miso soup” but didn’t provide results. Kirin’s announcement also didn’t note if the researchers examined how the chopstick device affected research subjects’ perception of the saltiness of food with no sodium.

According to Kirin, the technology could find its way into other types of dinnerware, like spoons and tea bowls. Considering the need for a power supply, they would require some extra storage space. But if there was a utensil that could make each bite of low-sodium food taste even better, it might be worth clearing some space for it in your cupboard (how often do you use that blender anyway?). 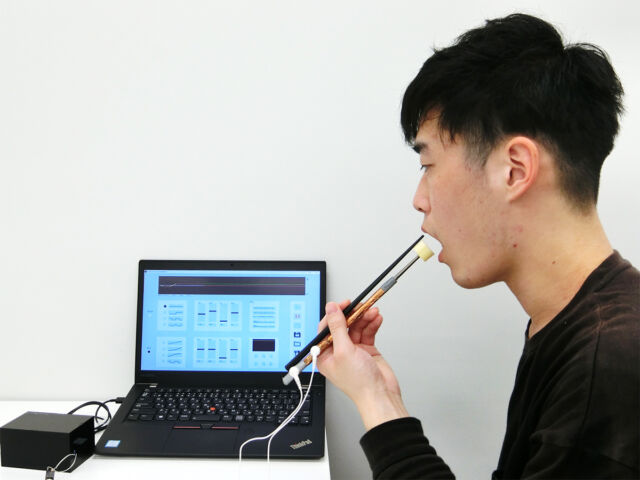 No plans to sell the chopstick device or any utensil using the technology have been shared. Instead, Kirin’s announcement vaguely indicated that it and Miyashita Laboratory plan to use the research “to provide both mental satisfaction from a richer perceived taste, along with health benefits derived from nutritional aspects for those who follow a low-sodium diet.”