Report: HP is working on a 17-inch foldable PC

While smartphones are having fun with the trend, PCs with foldable screens have yet to become mainstream, partially because there’s only one option readily available. But with HP expected to enter the scene, it’s possible ‘foldable OLED’ could become more common laptop lingo.

Lenovo made the bold first step into foldable laptops with its 13.3-inch ThinkPad X1 Fold. According to South Korean electronics website TheElec, HP’s take on foldable OLED will be bigger, with a 17-inch panel from LG Display that measures 11 inches when folded up. HP hasn’t publicly announced or commented on the rumored PC, but a couple of details make the machine seem at least somewhat plausible. For one, LG Display confirmed work on a 17-inch foldable OLED laptop design in January.

Most recently, TheElec reported on Monday that South Korean company SK IE Technology will make transparent polyimide films to cover the bendy 4K OLED panels. The publication also claimed that LG Display currently has plans to make up to “around 10,000” foldable OLED panels for HP, starting in Q3.

Should the HP foldable bend into reality, it’ll have a couple of immediate competitors. The ThinkPad X1 Fold is getting older, with the 2020 machine currently available with a 2048×1536 foldable OLED screen, up to an Intel Core i5-L16G7 with one performance core, four efficiency cores, and a clock speed ranging from 1.4-3GHz, 8GB of LPDDR4X-4267 memory, and 256GB of SSD storage. 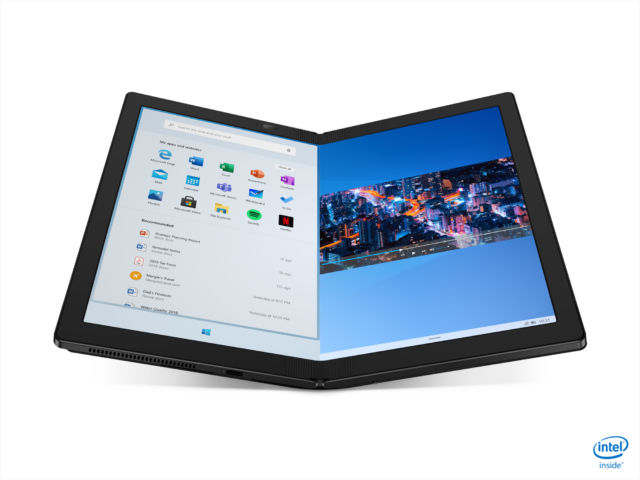 In January, Asus also announced its Zenbook 17 Fold OLED for mid-2022. The machine looks like a stronger competitor for the purported HP device, with a 17.3-inch bendable OLED touchscreen, 2560×1920 resolution, and an Intel i7-1250U with a 1.1-4.7GHz clock speed, two performance cores, and eight efficiency cores . Asus also announced the laptop with 16GB of LPDDR5 RAM and a 1TB PCIe 4.0 SSD. 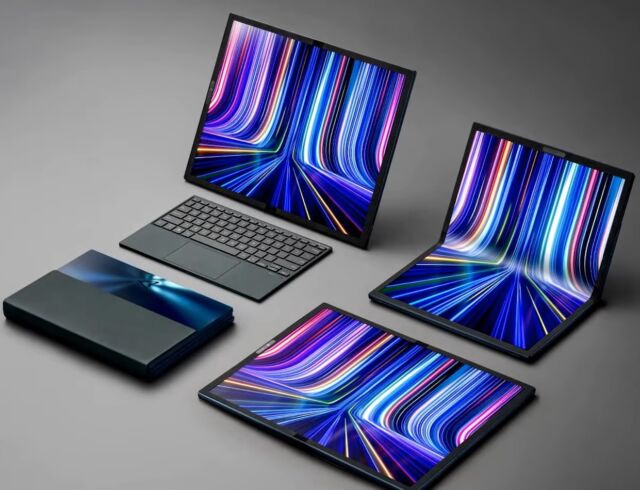 Asus hasn’t confirmed, but TheElec reported Wednesday that Asus’ foldable machines will also use polyimide films, as well as OLED panels from BOE.

Beyond image quality, productivity performance, price, and durability, features that boost usability of the new design (like Asus’ detachable physical keyboard) will be key differentiators for enthusiasts.

Although Lenovo’s ThinkPad X1 Fold came out two years ago, we’ve yet to see a direct rival release. But if another one of the world’s top three PC makers enters this space, don’t be surprised to see more laptop-sized OLED screens that bend in half and are flanked by a chassis with ports in the future.