Samsung released its latest Chrome OS device today: the Samsung Galaxy Chromebook 2 360. While some Samsung Chromebooks occupy the upper echelon of Chromebooks in terms of prices and specs, its newest offering is a step down. 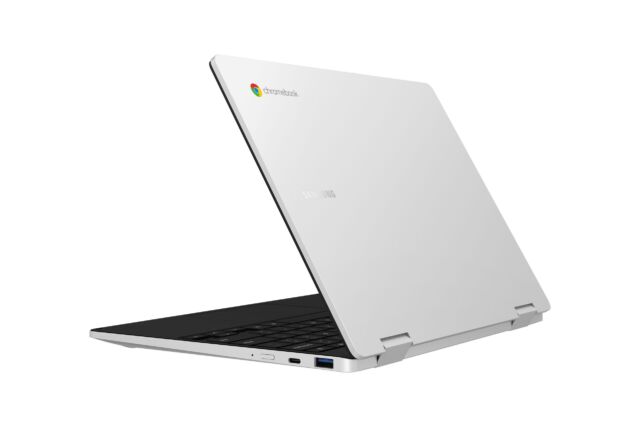 Enlarge / The new Chromebook only comes in silver.

The most obvious difference is the display size. The new Chromebook has a smaller 12.4-inch LED panel, while the older Galaxy Chromebook 2 uses a 13.3-inch QLED panel, which applies quantum dots to bring a large color coverage claim of 100 percent DCI-P3. Samsung hasn’t made any specific color claims for its latest Chromebook.

Other specs include 64 or 128GB of storage, (which ups the price to $450), a 720p webcam, two USB-C ports, one USB-A port, a 3.5mm jack, and a microSD card reader. Perhaps the saddest downgrade is that the new Chromebook only comes in silver, not “Fiesta Red” like its predecessor. 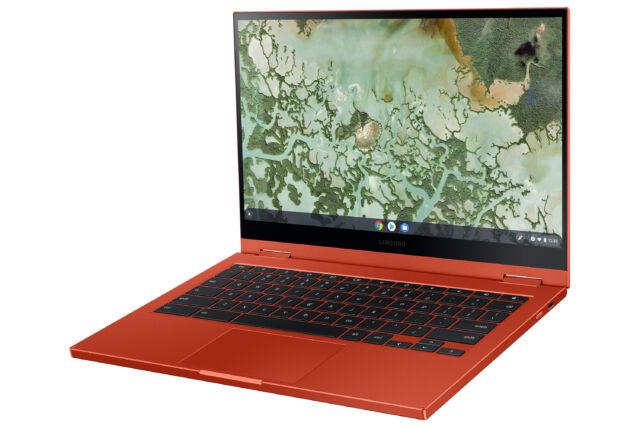 Considering its younger audience, Samsung claimed to make the new Chromebook “sturdy, durable and shock resistant,” with a spill-resistant keyboard. However, Samsung didn’t provide details on these claims, which differs from rival Chromebook makers like Acer, which this year announced student-focused Chromebooks that are said to be able to withstand up to 11 fluid ounces and have keys that are supposed to be hard to rip out. 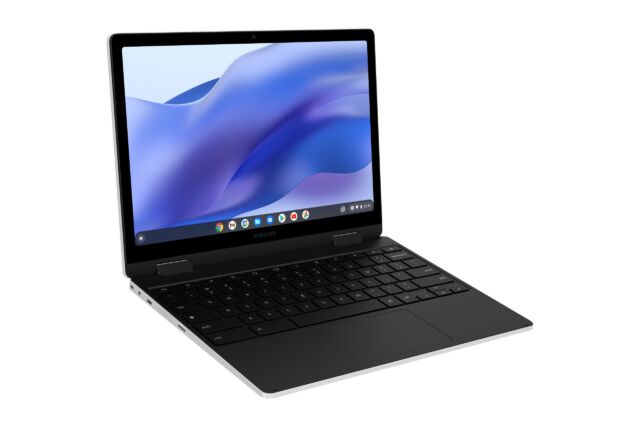 Of course, Samsung couldn’t resist a push for its smaller Galaxy devices with its new Galaxy Chromebook. The company’s announcement pointed to Phone Hub, which lets you control text messages and Do Not Disturb mode on an Android phone through the new two-in-one. The Galaxy Chromebook 2 360 also supports Nearby Share for sending files to Android devices over Wi-Fi.