Enlarge / Sega’s Mega Drive Mini 2 includes Sega CD games and, for a little extra, an adorable recreation of the Sega CD attachment. But it has only been announced for Japan, at least for now.

Sega’s Genesis Mini console was one of the only officially licensed retro emulation boxes that came close to the NES and SNES Classics’ combination of software quality and hardware authenticity, even if its emulation wasn’t quite perfect and its game selection was missing some heavy hitters . The company’s mini-Game Gear was also the first officially licensed device to make the mini-console fad portable.

Sega is going back to the well one more time with the Mega Drive Mini 2, which will be released in Japan this October (the Mega Drive was what the Genesis was called outside of the US). The console will cost 9,980 yen before tax; at just under $80, this is in line with the pricing of earlier mini-consoles.

The Mega Drive Mini 2 will include an entirely different 50-game lineup, anchored by Sega CD titles like Sonic the Hedgehog CD and Shining Force CD. New Mega Drive games have also made the cut, including Virtua Racing and Thunder Force IV, and a version of the Sega arcade game Fantasy Zone has also been thrown in for good measure (the original Genesis Mini includes Super Fantasy Zone, the Genesis-native entry into the franchise). 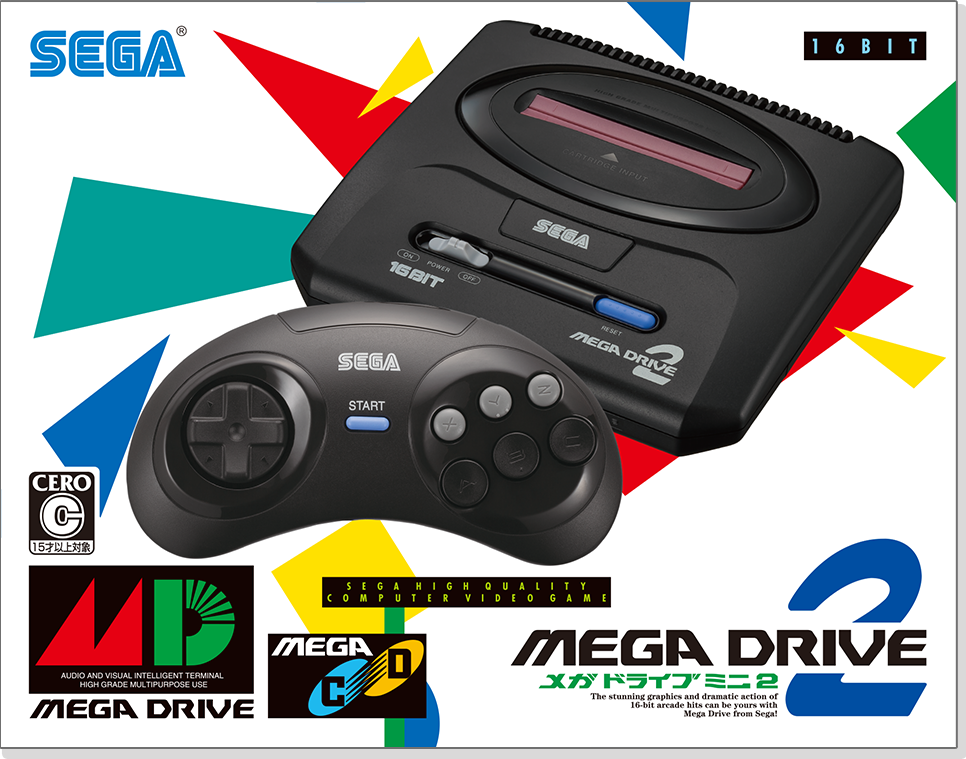 The new console re-creates the Model 2 version of the Mega Drive design, as well as the later six-button version of its gamepad.

Every aspect of the hardware’s design is lovingly detailed and true to the original. While the original Genesis Mini was modeled on the initial design of the Genesis/Mega Drive hardware, the Mega Drive Mini 2 is a re-creation of the redesigned “model 2” version of the console that came out circa 1994. It also includes the six-button version of the Genesis’ gamepad—the Japanese Mega Drive Mini shipped with two of these instead of one, while the Genesis Mini came with the older three-button gamepad design instead.

The console is all you need to play the games, Sega CD titles included, but for maximum authenticity, Sega is selling a purely cosmetic Sega CD accessory. It includes period-accurate mounting hardware and spacers for either version of the Mega Drive Mini, a tiny Virtua Racing cartridge, and a tiny Sonic the Hedgehog CD disc. The attachment will also be released in October for 4,500 yen (about $35).

Emulation is being handled by M2, the same team that did the original Mega Drive Mini. If the console is released outside of Japan, pricing, accessories, the design of the console, and the list of playable games may be different.