Small businesses are cutting back marketing spending due to Apple’s sweeping privacy changes that have made it harder to target new customers online, in a growing trend that has led to billions of dollars in lost revenues for platforms like Facebook.

Apple last year began forcing app developers to get permission to track users and serve them personalized ads on iPhones and iPads in changes that have transformed the online advertising sector.

Many small companies that are reliant on online ads to attract new customers told the Financial Times they did not initially notice the full impact of Apple’s restrictions until recent months, when price inflation squeezed consumer demand in major markets worldwide.

That has left companies suddenly shrinking their marketing spend to conserve cash while also finding it prohibitively expensive to target likely consumers as they once did.

The problems facing small businesses have reverberated back across the online advertising giants. Facebook, Snap, Twitter, and YouTube are now estimated to lose $18 billion in revenues this year from Apple’s change, according to Lotame, the advertising technology company. Facebook’s parent meta has been particularly badly hit, saying earlier this year that Apple’s changes had cost it at least $10 billion.

“I personally did not feel the impact of the Apple changes in 2021 as much as we are in 2022. This year is just brutal,” said Nadia Martinez, founder of Kallie, a handcrafted shoes company in California that she launched out of her laundry room in 2014.

Martinez was so successful marketing on Facebook that she founded an agency to teach other women how to be online entrepreneurs. But some of those businesses are now going out of business. “Ads have become more expensive, we have less access to data, and they aren’t as effective as they used to be,” she said.

Varos, a data-sharing platform that helps e-commerce groups, analyzed data from 1,300 small businesses and found that revenue declines accelerated each month in the second quarter—leading to a 13 percent drop in June, the worst decline of this year. At the same time, the cost to acquire new customers through online advertising is “significantly higher” this year than last, and overall ad-spend on Facebook this year is “materially lower.” 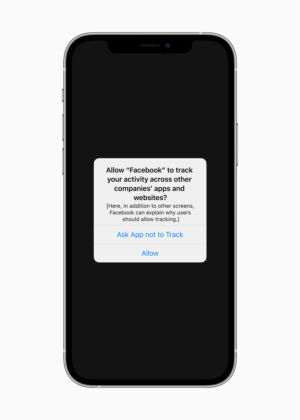 Shelly Cove, an apparel company in North Carolina, laid off its four-person marketing team last month when its cash reserves dried up and it realized spending more money on Facebook ads wouldn’t ramp up sales like it used to.

“In prior years, you could throw money into Facebook—you’d put $1 in, and $2 comes back,” said Matt Schroeder, Shelly Cove founder. “That just doesn’t exist anymore.”

Smaller brands said they were not necessarily hit by Apple’s policy changes later than the major platforms, but supply chain issues and a global pandemic created a “fog of war” that made it difficult to understand why, for instance, last year’s holiday sales period had disappointed.

“It was really hard in 2021 to sit back, look at a percentage change, and know what was the cause,” said Andrew Goble, co-CEO at Jamby’s, which sells unisex boxer shorts with pockets.

The result is that many smaller brands did not alter their marketing strategies until recently to the detriment of online advertising platforms. Last month, Snap reported its weakest-ever quarterly sales growth, Shopify laid off 10 percent of its workforce, Meta experienced its first-ever annual contraction in revenues and Twitter posted a loss.