It’s time for a new round of Samsung foldables. The Galaxy Z Fold 4 and Galaxy Z Flip 4 are official. Both devices hit stores on August 26, and the prices haven’t changed from last year: It’s $1,799 for the Fold 4 and $999 for the Flip 4.

Other specs include a Snapdragon 8+ Gen 1, 12GB of RAM, 256GB of storage, and a 4400 mAh battery with 25 W charging. Samsung puts the dust and water ingress rating at “IPX8,” meaning there’s no dust resistance, but the device is submergible in fresh water for 30 minutes. There’s a side fingerprint reader on the power button, and the phone supports Wi-Fi 6E. 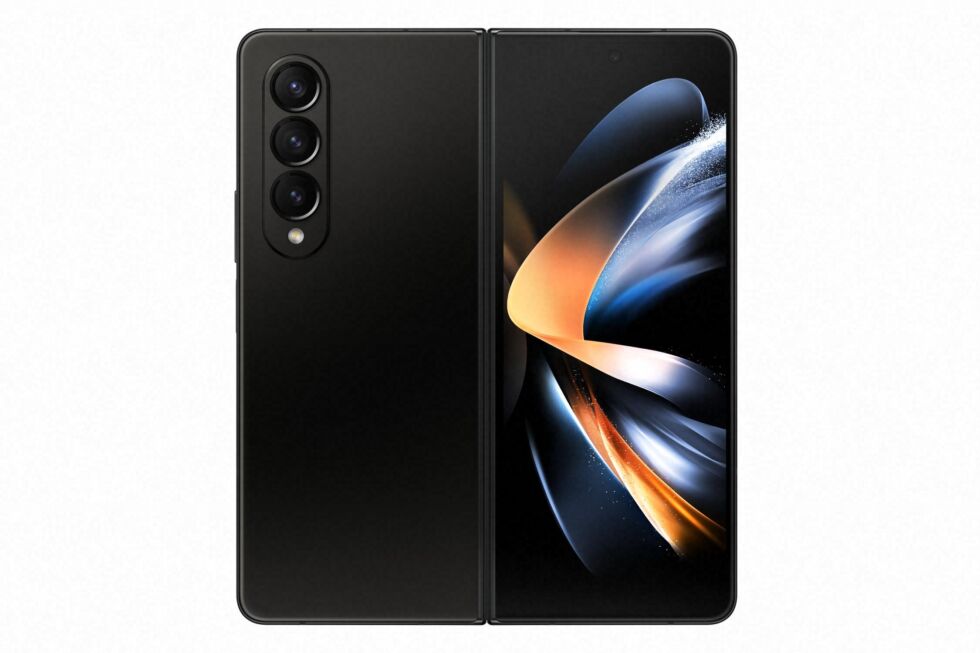 Enlarge / The front half of the phone is almost at phone proportions.

Samsung’s foldable display technology has not proven it’s ready for prime time yet. You’ll regularly find reports of the phones failing to last even a year due to the displays cracking or the layers separating. The inner display is still plastic, with flexible glass used as an inner layer, but Samsung claims an “optimized layer structure” will make it more durable.

The inner display has a fancy inner-screen camera, which sticks the selfie camera behind the display pixels. These cameras will always present a trade-off; taking pictures with more pixels in the way isn’t the best for image quality, but having fewer pixels makes the display camera more noticeable. Samsung says it has gone for a denser pixel arrangement over top of the 4 MP camera this year. There are three rear cameras: the 50 MP main sensor from the Galaxy S22, a 12 MP ultrawide, and a 10 MP 3x telephoto. 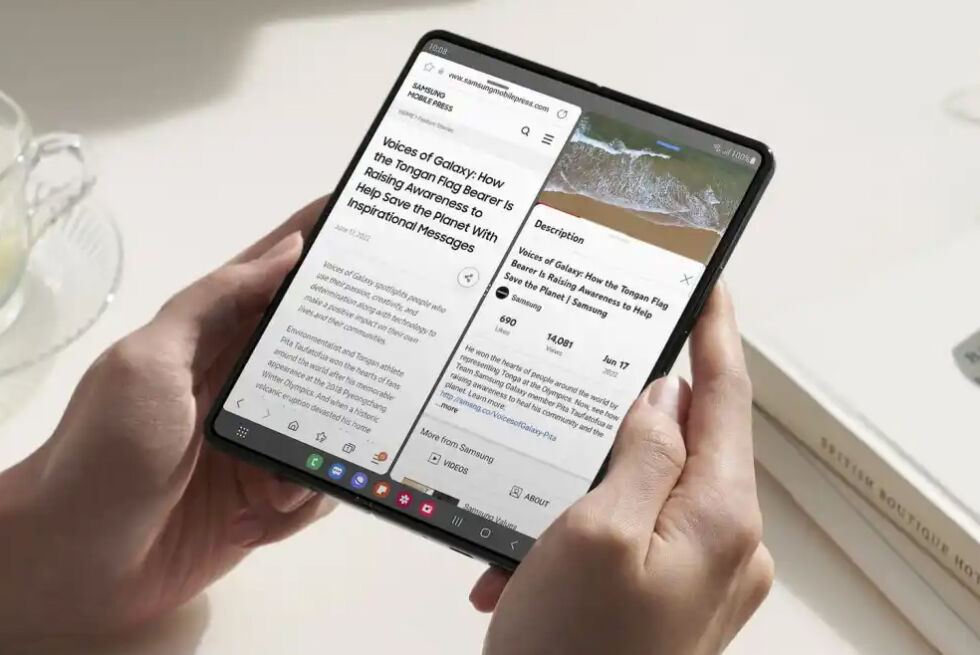 Enlarge / Android 12L means you get a new bottom taskbar.

This is one of the first tablet-like devices to come with Android 12L, which has that new taskbar at the bottom. Samsung is offering the best Android update package in the industry, with four years of major Android updates and five years of security patches. 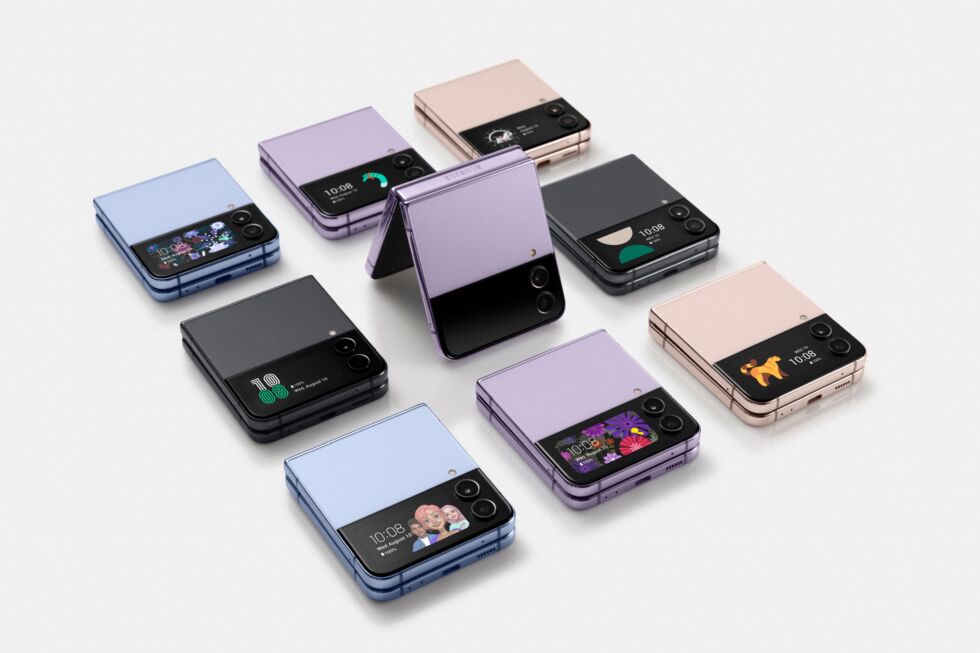 Enlarge / The Z Flip 4 has a bigger battery, but it otherwise hasn’t changed much.

The Z Flip 4 is getting a big boost to a 3700 mAh battery, up from the 3300 mAh the Flip 3 had. A major problem with these foldable phones is battery life. In a design world where manufacturers don’t even want to make room for a tiny headphone jack, a hinge mechanism is a big mechanical structure that has to run down the center of the phone. You would normally have one big battery taking up most of the space in a device, but in a foldable, you have to split the battery in half to work around the hinge, and that greatly reduces capacity. Folding up a phone makes it twice as thick in your pocket, too, so manufacturers try to cut down on device thickness. The result is a tiny battery. 3700 mAh is still not up to the standard you get from a non-flip phone—the 6.6-inch Galaxy S22+ has a 4500 mAh battery, for example— but the battery won’t be as anemic as it used to be. 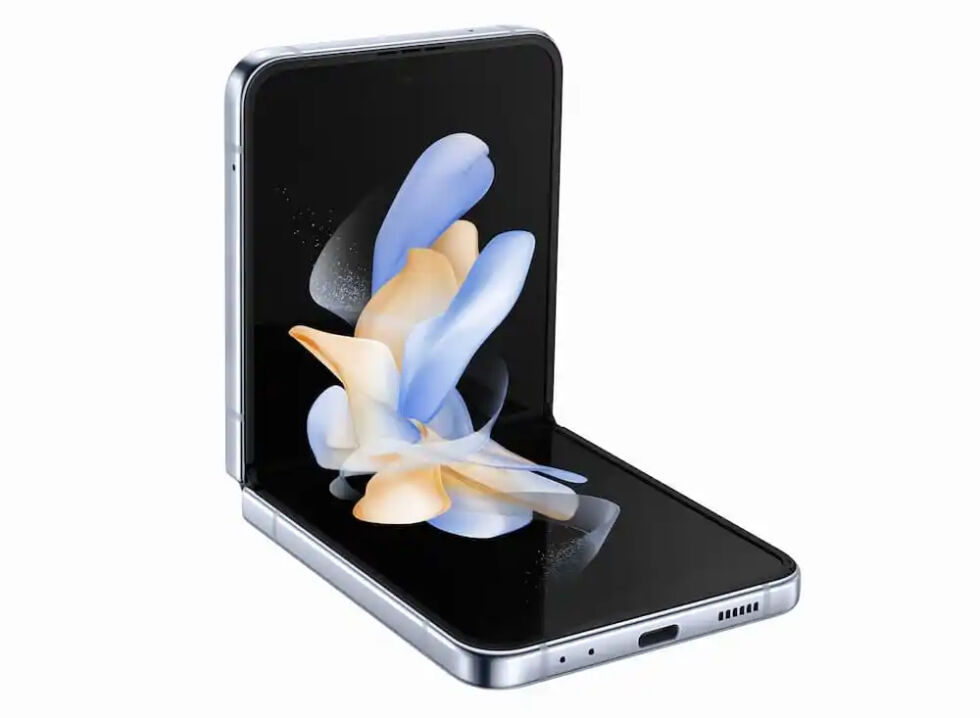 Paying $1,000 for the Flip 4 doesn’t actually get you top-of-the-line specs since a lot of that money is going toward the fancy screen. You get a Snapdragon 8 Gen 1+ SoC, 8GB of RAM, and 128GB of storage. There are two rear cameras, main and wide-angle, both with 12 MP sensors. The front has a 10 MP camera. Like the Z Fold, the phone still manages 25 W charging, an IPX8 rating, a side fingerprint sensor, and Wi-Fi 6E compatibility.