Facebook just doesn’t sit idle. Following Thursday’s announcement that Facebook’s parent company will change its name to Meta, it appears the tech giant is planning another big move that it hasn’t even mentioned. An image in one of its apps suggests the company is working on a smartwatch to compete with Apple Watch and Samsung Galaxy watches.

As Bloomberg reported last night, an app developer named Steve Moser spotted a picture of a smartwatch on Facebook View, an app that controls Ray-Ban Stories smart glasses. The publication described the picture as a smartwatch with rounded corners, a button on the side, and a white strap that is supposedly removable. Meta did not comment on the report. 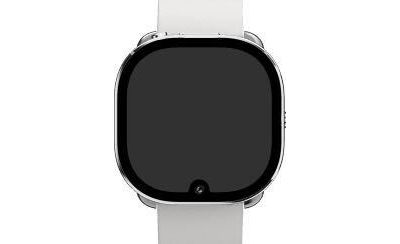 We have already heard rumors about a Facebook smartwatch.

There is a notch on the watch face for a built-in camera that could support video calls. This would be a standout feature since Apple and Samsung smartwatches don’t have cameras. In June, The Verge announced that we will see a Facebook smartwatch with two cameras – one on the front for video calls and one on the back for taking photos and videos.

When can we expect a meta smartwatch?

An unnamed “person with expertise” told Bloomberg that there are plans to launch a smartwatch in 2022 or later, but the release date is tentative. The statement confirms The Verge’s June report which claimed the smartwatch would be released in the summer of 2022. Bloomberg’s source also said that Meta is working on three generations of smartwatches with different release dates.

But without a word from the company, any Meta or Facebook smartwatch is still just a rumor. As Bloomberg admits, the image in question may not even depict an actual product. Still, a meta-smartwatch isn’t hard to imagine and fits the brand’s interest in emerging hardware categories and technology-driven fitness.

Of course, many questions remain unanswered here. Above all, why was the product not mentioned at yesterday’s big Connect event? The company openly discussed its AR data glasses, although Zuckerberg admitted that there is “still a way to go” before the product is ready. We also heard about Project Cambria, plans for a high-end VR headset.

Maybe it was too busy yesterday. Or maybe Meta is just playing cool since smartwatches would be a new category for the company. Only time can tell.