The next Windows 11 update brings Clippy back, along with other redesigned emoji

Enlarge / Some of the new Windows 11 emoji themes.

We are almost two months away from the public release of Windows 11, and Microsoft is still slowly updating parts of the operating system that weren’t quite ready in early October. Microsoft announced a redesigned emoji back in July, and the next Windows update (version 22000.348 if you’re following something like this) will add those emoji to Windows 11.

The new emoji removes the bold, black outlines from Windows 10-era designs and changes the colors and shapes of a few to better match the glyphs from Apple, Google, and Samsung – compare the new design for Spiral Shell to that old one for example. There are a few cute Microsoft-specific details too, like a clippy design for the paperclip emoji, although Ninja Cat has apparently been completely removed. 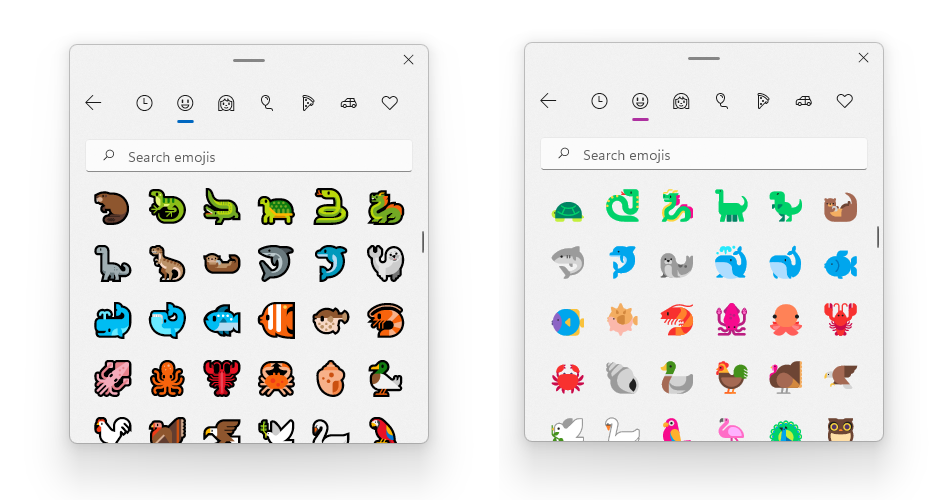 A selection of the old Windows 10 style emojis (left) and the Windows 11 redesigns. The new versions drop the thick outlines so they all look lighter and lighter now.

These emojis use the basic designs Microsoft showed earlier this year – but without the animation or the “3D” touches like added depth and gradients. The Verge speculates that this is a limitation on the vector graphics format Microsoft uses to display emojis in Windows. Using vector graphics can reduce file size while making it easier to scale emojis up and down without losing sharpness or detail, but it also works best with flat colors. We may still see the 3D animated emoji in other Microsoft apps like Teams.