The women calling out Apple’s handling of misconduct claims

Megan Mohr was five years into her Apple career when, in 2013, a male colleague took advantage of her after a platonic night out drinking together.

After the colleague drove her home and helped her inside, she briefly fell asleep before waking to the sound of clicking. The colleague had removed her shirt and bra. He was snapping photos, and grinning.

Mohr previously had a bad experience with human resources—known internally as Apple’s People group—when another colleague had broken into her accounts and harassed her, leading her to file a police report. HR didn’t listen well or help in any way, she says, so this time she didn’t bother. “I was afraid of retaliation and knew HR wouldn’t have my best interest in mind,” she says.

But inspired by the #MeToo movement, Mohr decided in late 2018 to tell Apple of the illicit photos incident. She had no evidence and wasn’t calling for an investigation. She just thought HR should be aware of the person’s character and requested they never be put in the same department.

Mohr thought this was a modest ask, but the email exchange seen by the Financial Times soon turned rigid and defensive. The HR representative displayed little empathy or experience dealing with sexual misconduct. He analogized her experience to “a minor traffic accident” to explain how Apple couldn’t really get involved.

Mohr wasn’t asking for the colleague to be punished, knowing she couldn’t prove her claims. But to her surprise, HR suggested proof wouldn’t really matter anyway. 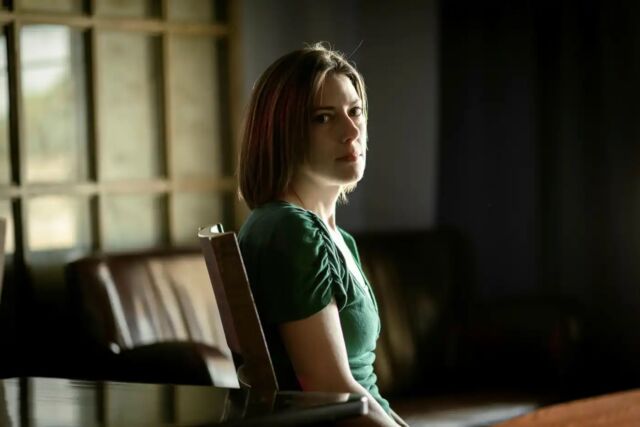 Enlarge / Megan Mohr claims a male colleague at Apple took advantage of her after a platonic night out drinking together.

“Unfortunately the incident wasn’t in the context of Apple work [so] it’s very likely that an Apple investigation would have returned ‘no findings’ and no discipline would be issued,” HR told her. “Even if the offender would have admitted to taking the images.”

An HR professional with 25 years of experience, who declined to be named, calls this response “shocking,” adding that in their experience: “Behaviors like that often come out of a culture, they don’t come out of nowhere.”

Mohr quit her Apple job as a fraud prevention specialist in January, after 14 years, frustrated by his bureaucracy, secretive culture, and what she perceived as fewer opportunities for women. Now she is asking Apple to take a hard look at its policies. “I just want Apple to be the company it pretends to be for its customers,” she says.

A matter of priorities

In interviews with 15 female Apple employees, both current and former, the Financial Times has found that Mohr’s frustrating experience with the People group has echoes across at least seven Apple departments spanning six US states.

The women shared allegations of Apple’s apathy in the face of misconduct claims. Eight of them say they were retaliated against, while seven found HR to be disappointing or counterproductive.

This story is based on those interviews and discussions with other employees, internal emails from Apple’s People team, four exit contracts written by lawyers for Apple and anonymous employee reviews.