The latest foldable smartphone hitting China is the Vivo X Fold. This is the first foldable you could call a 2022 flagship, with a Snapdragon 8 Gen 1 SoC. The phone retails in China for 8,999 yen, or about $1,400.

For most of our non-Chinese readers, the most interesting thing about Vivo making a foldable is that it’s a BBK Electronics company, along with Oppo, OnePlus, Realme, and iQoo. BBK companies all share the same parts and engineering, so the hope is that OnePlus will someday pick through the BBK parts bin and bring a foldable to a wider audience. Oppo already took a swing at the foldables market with the Find N in December, and both that phone and the Vivo X Fold show how close China is to catching up with Samsung’s foldable lead. 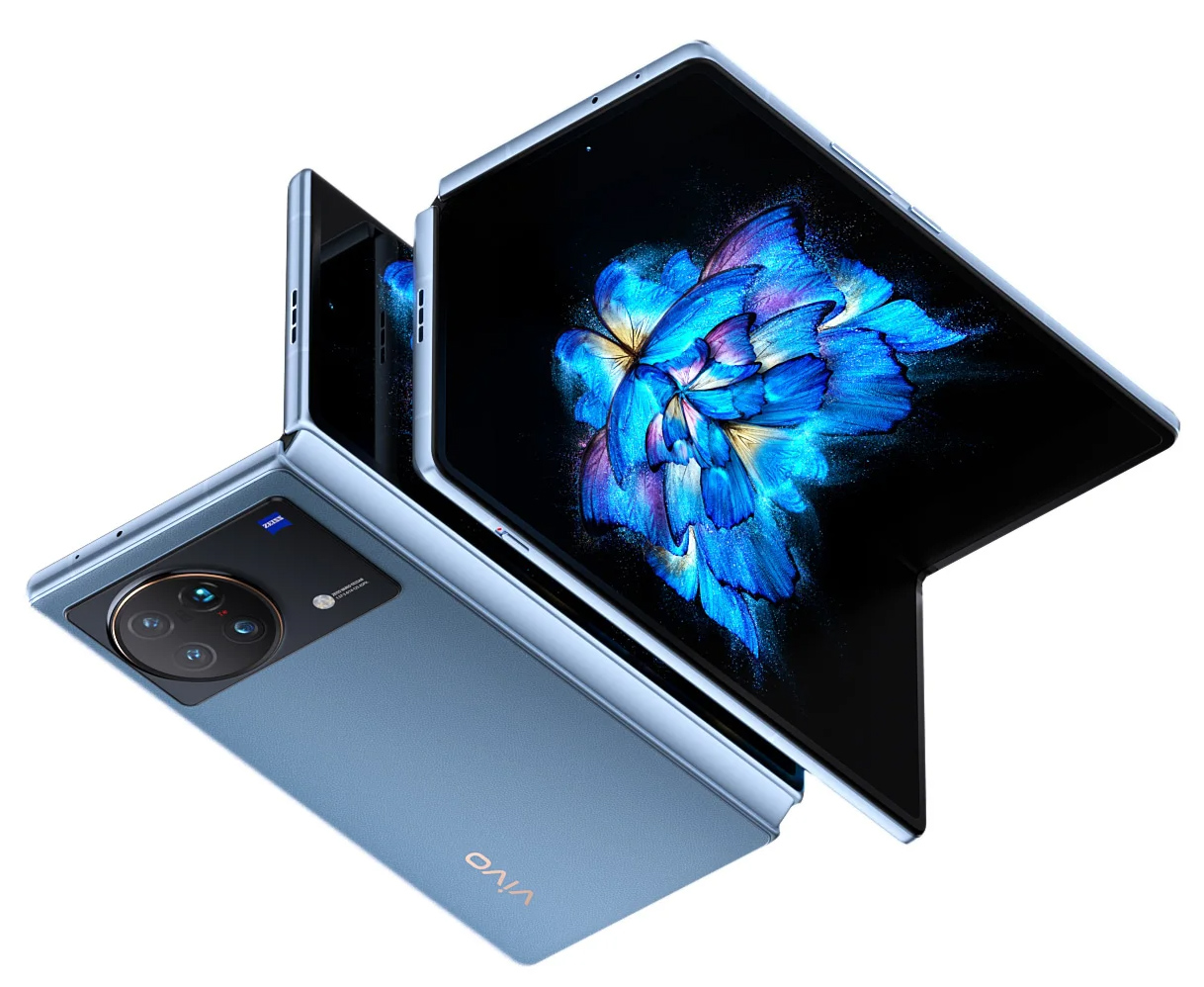 Even the hinge looks borrowed from Samsung.

Just about everything you would count as a technological advantage for the Galaxy Z line has already been matched by BBK. The 8-inch, 120 Hz foldable display has an A+ recommendation from Display Mate. The display is covered in “ultra-thin glass” from Schott, the same company Samsung partnered with for the Z line. (Ultra-thin glass still has a layer of plastic as the top layer, but the internal flexible glass layer makes the screen more rigid than a soft, purely plastic display.)

Oppo can match Samsung’s display prowess because it’s using Samsung. A report from TheElec pegged Samsung Display as the supplier of the Oppo Find N display, so it’s a good bet Samsung is making the Vivo display, too. Samsung is a huge conglomerate made up of different divisions, each with its own CEO, and as was reported last year, Samsung Display is finished giving Samsung Electronics exclusive access to its foldable technology. This isn’t the best move for Samsung Electronics’ phone market share, but as a conglomerate, Samsung makes more money selling components than it does selling phones. Your phone might say Apple or Samsung or OnePlus on the outside, but Samsung makes money no matter what. 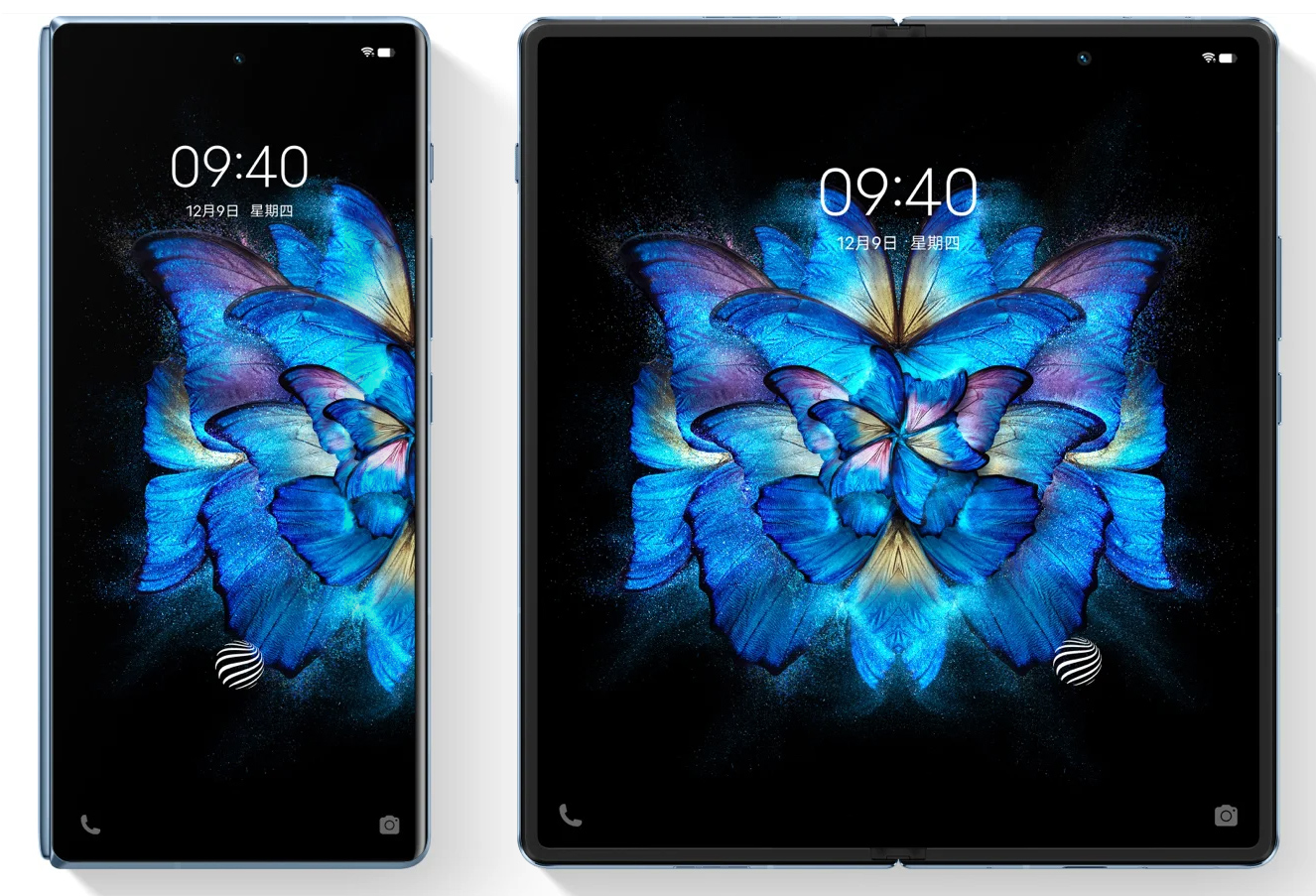 The outside and inside displays. Those black-and-white circles mark the fingerprint reader locations.

We almost forgot the best part: It also has BBK’s quick-charging technology and can charge at 66 W (it comes with an 80 W charger, but the official spec sheet says it charges at 66 W). On a 4,600 mAh battery, 66 W should be good for charging to full in under a half-hour. One problem with foldable smartphones is that the hinge in the middle takes up a ton of space that would otherwise be used for battery. A 4,600 mAh battery is pretty small for an 8-inch display, but that’s really unavoidable in a foldable. If you’re a company with quick-charging technology, you have a major solution to this problem. Needing to charge up in the middle of the day isn’t a huge problem when that charging session is just 30 minutes.

Samsung Display’s willingness to be a vendor component means the best of Samsung is for sale to Samsung Electronics’ competitors. If you get a BBK phone, you can get the best of Samsung and the best of BBK, which makes for a tough combination for Samsung to compete with. All we need is a BBK company to start selling these things internationally. Hey OnePlus, where’s that foldable?