YouTube Go is probably not an app that many of our US readers are familiar with, given its singular focus on the developing world, but it scored more than 500 million downloads in its six years of existence. It’s also dead. YouTube recently announced the app will be shutting down this August.

YouTube Go was the herald for Google’s “next billion users” plan in 2016. When you’re as big as Google and count “most Internet users” as your customer base, the best way to chase growth is to get more people on the Internet . The result was several “Go”-branded products, which targeted low-end devices with limited Internet access. One of the biggest developing markets was India.

With YouTube Go shutting down, YouTube cites improvements in the main YouTube app as the primary reason. The company says the main app has seen “improved performance for entry-level devices or those that watch YouTube on slower networks.” YouTube says the main app also has “a better overall user experience [and] offers features that aren’t available on YouTube Go that many have asked for—such as the ability to comment, post, create content, and use dark theme.” 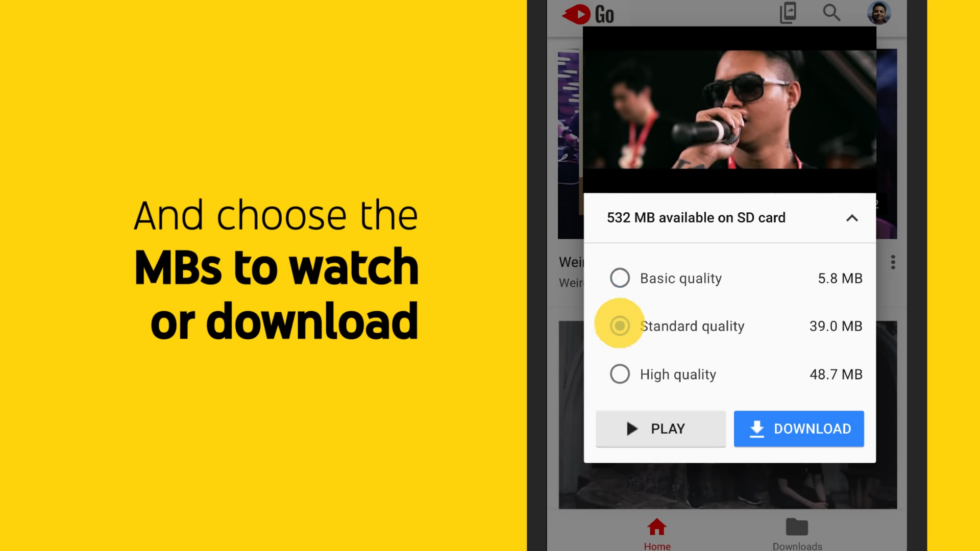 In an attempt to make YouTube’s viral video sharing work without the Internet, you could even share these videos offline—the app could create an ad-hoc network between two YouTube Go devices, allowing for local file transfers that were way faster than the Internet. The offline videos came with some DRM, of course, and would self-destruct if you didn’t connect to the Internet periodically.

YouTube says the mainline YouTube app is performant enough that “Go” is no longer necessary, but what about the offline video features? It does not sound like those are coming back. YouTube says it is “building out additional user controls that help to decrease mobile data usage for viewers with limited data,” but that doesn’t sound like offline usage or sharing features.

The main YouTube app actually does support offline videos, but that feature is locked behind the “YouTube Premium” paywall, and it sounds like the plan is to more aggressively push that to users. YouTube Premium launched in India in 2019 at way cheaper prices than what the company charges in the US. The US YouTube Premium is $12 a month, while in India the program is 129 rupees a month, or about $1.69. Just four months ago, Google introduced yearly YouTube Premium plans in India, for 1,159 rupees ($15.20 for the whole year).

The availability of offline videos for free via the Go app was a considerable strike against the YouTube Premium sales pitch, but now it looks like Google is, uh, “fixing” that problem.